Birthday predictions: “Will Rhea Chakraborty Come Out Unscathed and Stronger in 2021 After The Sushant Fiasco?” 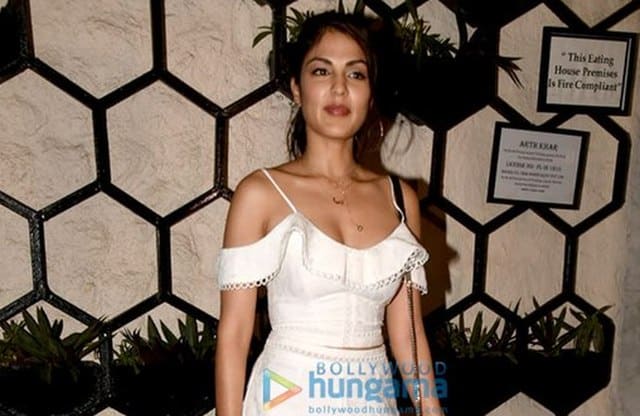 Rhea Chakraborty (born 1 July 1992) is an Indian actress and VJ. She started her career as a VJ on MTV India. She made her acting debut with the 2012 Telugu film Tuneega Tuneega and later appeared in the Hindi film Mere Dad Ki Maruti (2013).

Rhea started her television career in 2009 with MTV India’s TVS Scooty Teen Diva where she was the first runner-up. She later auditioned to be a VJ at MTV Delhi and was selected. She has hosted several MTV shows, including Pepsi MTV Wassup, TicTac College Beat, and MTV Gone in 60 Seconds.

In 2017 she appeared in YRF’s Bank Chor. She also did cameo appearances in Half Girlfriend and Dobaara: See Your Evil. In 2018 she appeared in Jalebi opposite debutante Varun Mitra.

She topped the list of The Times of India’s “Most Desirable Women” in 2020.

Chakraborty met the Bollywood actor Sushant Singh Rajput in 2013 when they were shooting for their respective YRF films as the film sets were in the vicinity. They started dating each other in April 2019. She founded an artificial intelligence company called Vividrage Rhealityx in partnership with her brother and Rajput in September 2019. The couple moved in together in December 2019. On 14 June 2020, Rajput died by suicide at his home in Bandra, Mumbai, six days after she moved out.

Rhea Chakraborty is entering the 30th year of her life. 3+0= 3 which is ruled by Jupiter.

Home » Predictions » Entertainment » Birthday predictions: “Will Rhea Chakraborty Come Out Unscathed and Stronger in 2021 After The Sushant Fiasco?”