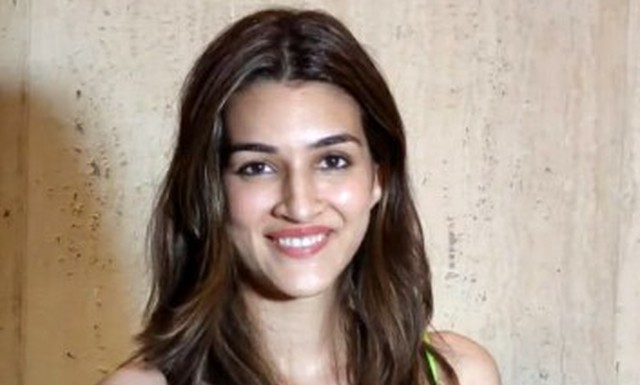 Kriti Sanon (born 27 July 1990) is an Indian actress who appears predominantly in Hindi films. She pursued an engineering degree from the Jaypee Institute of Information Technology, after which she briefly worked as a model. After making her debut in Telugu cinema with the psychological thriller 1: Nenokkadine (2014), Sanon won the Filmfare Award for Best Female Debut for her performance in Sabbir Khan’s action-comedy Heropanti (2014), which marked her first project in Hindi cinema.

Sanon has since starred in the commercially successful rom-com films Bareilly Ki Barfi (2017) and Luka Chuppi (2019), and her highest-grossing releases came with the comical action romance Dilwale (2015) and the comedy Housefull 4 (2019). She has also launched her own line of clothing and endorses several brands and products, and appeared in Forbes India’s Celebrity 100 list of 2019.

“It is safe to say that Kriti Sanon is the next lady superstar of Bollywood. Her latest film MIMI, as we predicted, has turned out to be a lottery for Kriti Sanon as she hits the top league after her performance in this film. She has always been praised for her beauty and glamor but with Mimi, she proved herself as a phenomenal actor as well. According to the planetary positions in her horoscope, her next films like Bachchan Pandey and Bhediya will be successful but the film which will take her to the highest level of stardom is Adipurush where she will be playing Mata Sita. Her personal life will be a bit of a puzzle and she should smartly choose her partner. Overall, exciting times ahead for Kriti Sanon”, says Bollywood Astrologer cum Astro Strategist™ Hirav Shah.

Home » Predictions » Entertainment » Birthday Predictions: “Is Kriti Sanon The Next Lady Superstar of Bollywood in 2021 After Mimi?”