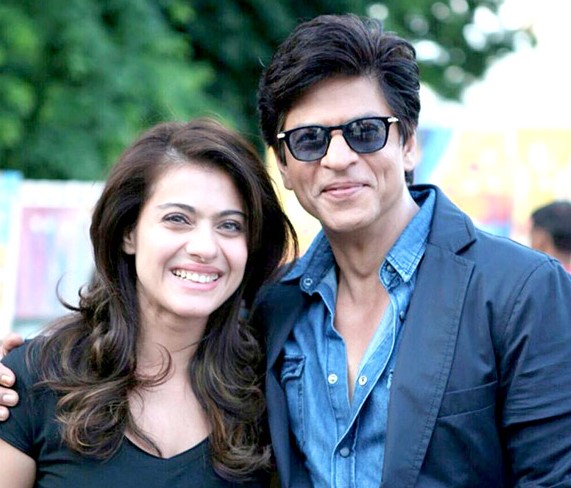 Kajol Devgn, born 5 August 1974, is one of the most popular Indian film actresses of all time. She has been described in the media as one of the most successful actresses in the history of Hindi cinema and is the recipient of numerous accolades, including six Filmfare Awards, among which she holds the record for most Best Actress awards previously set by her aunt Nutan. In 2011, she was honored with Padma Shri, the fourth highest civilian honor of the country, by the Government of India.

The daughter of Tanuja and Shomu Mukherjee, Kajol made her acting debut with Bekhudi (1992), while still in school. She subsequently quit her studies, and had her first commercial success with Baazigar (1993), opposite Shah Rukh Khan. Following a breakthrough role in the romance Yeh Dillagi (1994), she featured with Khan in several blockbusters, including Dilwale Dulhania Le Jayenge (1995) and Kuch Kuch Hota Hai (1998), both of which gained her wide public recognition and two Filmfare Awards in the Best Actress category. Although her career was further established during this period by financially profitable family dramas, it was her portrayal of a psychopath killer in Gupt: The Hidden Truth (1997) and an avenger in Dushman (1998) that earned her greater critical appreciation.

After shooting for Kabhi Khushi Kabhie Gham… in 2001, which won her a third Filmfare Award, Kajol took a sabbatical from full-time acting and would continue working infrequently over the next two decades. Following a successful comeback with the romantic thriller Fanaa (2006), she played leading roles in such films as U Me Aur Hum (2008), We Are Family (2010), My Name Is Khan (2010), and Dilwale (2015). Her performances in Fanaa and My Name is Khan earned her two more Best Actress awards at Filmfare. Kajol’s highest-grossing release came with the period film Tanhaji in 2020.

In addition to acting in films, Kajol is a social activist and noted for her work with widows and children. She has featured as a talent judge for the reality show Rock-N-Roll Family in 2008 and holds a managerial position at Devgn Entertainment and Software Ltd. Kajol has been married to actor Ajay Devgn, with whom she has two children, since 1999.

Kajol’s lucky numbers are 5 and 6.

“Kajol has been out of form of late. Her last good performance was in My Name is Khan almost a decade back. Since then she has acted in some not-so-great projects like Tribhanga, Dilwale which have made a dent in her reputation. Kajol seriously needs to reinvent herself and find projects that do justice to her phenomenal talent. According to the positions of the planets in her horoscope, 2021 and 2022 are extremely good years for her to make a solid comeback. If things are to go by, she should sign the Rajkumar Hirani film with Shah Rukh Khan which will be another milestone in her career,” says Bollywood Astrologer cum Astro Strategist™ Hirav Shah.