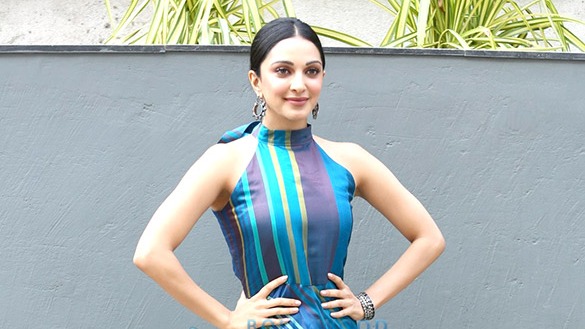 Alia Advani (born 31 July 1992), known professionally as Kiara Advani, is currently one of the hottest Indian actresses who predominantly works in Hindi films. She has also acted in two Telugu films. After making her debut in Fugly (2014), she played the real-life character of Sakshi Rawat, a hotel manager, and cricketer M. S. Dhoni’s wife, in Neeraj Pandey’s critically and commercially successful sports biopic M. S. Dhoni: The Untold Story (2016).

She achieved critical acclaim for her performance in the Netflix anthology film Lust Stories (2018). She gained further success starring in films like the Telugu political thriller Bharat Ane Nenu (2018), the Hindi romance Kabir Singh (2019), and the Hindi comedy Good Newwz (2019).

Dharma Productions’ next production, the 2021 action war film Shershaah, is based on the life of army officer Vikram Batra (played by Sidharth Malhotra) and featuring Advani as his fianceé is fully completed. She has also committed to essay the female lead opposite Kartik Aaryan in Anees Bazmee’s standalone sequel of the 2007 iconic supernatural comedy Bhool Bhulaiyaa. Additionally, Advani is reuniting with Dharma Productions and Mehta for the romantic comedy film Jug Jugg Jeeyo, where she is paired opposite Varun Dhawan. She has also signed to play one of the leads opposite Vicky Kaushal and Bhumi Pednekar in Dharma Productions action comedy film Mr. Lele, directed by Shashank Khaitan.

Future of Kiara Advani in 2021

Kiara Advani has entered into her 30th year which adds to 3 and is ruled by Jupiter.

“Kiara Advani is no doubt the megastar of Indian cinema in the coming years. She has a tremendous fan following and her talent combined with beauty and glamor will only take her places. According to the planetary positions in her horoscope, Kiara Advani will make a huge impact as the leading actress in the upcoming films Shershaah, Jug Jugg Jeeyo. Her film with Ram Charan and Ranveer Singh in the direction of Shankar will take her to the next level. Kiara is rumoredly dating Sidharth Malhotra and her personal life in 2021 should be good though some problems might arise which can be resolved amicably. It can only be said that the golden time for Kiara starts,” says noted Astro Strategist™ cum Business Astrologer™ Hirav Shah