Birthday Predictions: “Will OTT Revive The Sinking Career of Daisy Shah in 2021-22?” 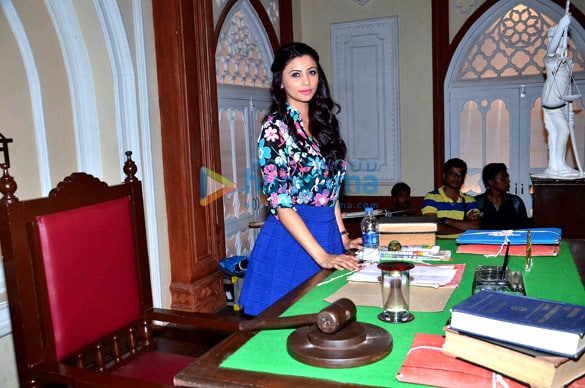 Daisy Shah (born 25 August 1984) is an Indian actress, model, and dancer who primarily appears in Hindi and Kannada films. She has worked as an assistant to choreographer Ganesh Acharya. Her first breakthrough came when she was selected to play the lead role in the 2011 Kannada film Bhadra. She then appeared opposite Salman Khan in the 2014 Bollywood film Jai Ho. In 2015, she was a part of Hate Story 3.

Shah belongs to a Gujarati family, but was born and brought up in Mumbai, Maharashtra. She worked as an assistant to choreographer Ganesh Acharya in films like Zameen and Khakee and later started modeling, doing photoshoots, and print ads. Kannada director Harsha approached her for the film Chingari. She played Ammu in the Kannada version of Bodyguard. She then shot two item songs in the Kannada film Bachchan and the Hindi film Bloody Isshq. She also did an item song (“Neeli Lugadi”) in the Hindi film Khuda Kasam, starring Sunny Deol and Tabu.

Daisy Shah was also seen in Rehna Hai Tere Dil Mein as a background dancer. Shah won the Miss Photogenic award in the MS Dombivli contest at a local mall when she was in 10th class. She studied arts at Mumbai’s Khalsa College. She later went on to become a model and worked under Ganesh Acharya for three years before getting roles in Kannada films. Her latest film release is Race 3.

“Daisy Shah’s career isn’t much happening these days. But there is no need to worry. Daisy can still reinvent herself and rebuild her acting career. According to the planetary positions in her horoscope, Daisy Shah has good days coming in. She will be offered some great roles in good movies and web series. Especially, Daisy should explore the OTT platform more where her talent would be explored completely. Daisy is a fine performer, even in a disaster like Race 3 she was the best thing about the film. Daisy Shah might also get hitched soon,” says noted Astro Strategist™ cum Bollywood Astrologer Hirav Shah.

The Art of Mindfulness That Can Bring Family Closer