Birthday Predictions: “Will 2021 Give The Much Needed Boost To Jacqueline Fernandez’s Career?” 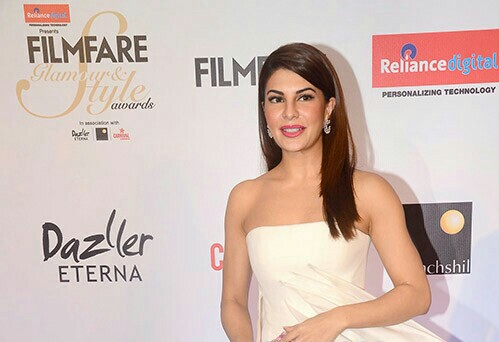 Jacqueline Fernandez (born 11 August 1985) is a Sri Lankan actress, former model, and the winner of the Miss Universe Sri Lanka pageant of 2006 who predominantly works in Hindi films. In 2009, she debuted with Aladin and since then has established a career in the Hindi film industry. Born into a multiracial Eurasian family of Canadian, Sri Lankan, and Malaysian descent, Fernandez was raised in Bahrain. After graduating in mass communication from the University of Sydney and working as a television reporter in Sri Lanka, she joined the modeling industry. She has crowned Miss Universe Sri Lanka in 2006 and represented her country at Miss Universe 2006.

While on a modeling assignment in India in 2009, Fernandez successfully auditioned for Sujoy Ghosh’s fantasy drama Aladin, which marked her acting debut. Fernandez had her breakthrough role with the psychological thriller Murder 2 (2011), her first commercial success. This was followed by glamorous roles in the commercially successful ensemble-comedy Housefull 2 (2012) and the action thriller Race 2 (2013), which garnered her an IIFA Award for Best Supporting Actress nomination. Fernandez went on to star in the top-grossing action film Kick (2014) and the comedies Housefull 3 (2016) and Judwaa 2 (2017).

Alongside her screen acting career, Fernandez has worked as a judge in the ninth season of the dance reality show Jhalak Dikhhla Jaa (2016–2017), is a popular celebrity endorser for various brands and products, has participated in stage shows, and is active in humanitarian work.

Future of Jacqueline Fernandez in 2021

“Jacqueline’s career has been a mixed bag so far. She had some great hit films like Kick and Housefull series but she also faced debacles like Race 3. According to the planetary positions in her horoscope, Jacqueline’s coming lineup of films is good. Films like Bachchan Pandey, Ram Setu will be successful. But she needs one game-changing film for her career and this is the best time for her to look out for projects that will showcase her talent and beauty like never before. Jacqueline’s personal life will be smooth and she will decide to settle down soon in the next few months,” says celebrated Bollywood Astrologer cum Astro Strategist™ Hirav Shah.

Home » Predictions » Entertainment » Birthday Predictions: “Will 2021 Give The Much Needed Boost To Jacqueline Fernandez’s Career?”

Which One is Better : Brandable Name or Discoverable Name?