Birthday Predictions: “Will Ekta Kapoor Redeem Herself From The Negativity Surrounding Her in 2021?” 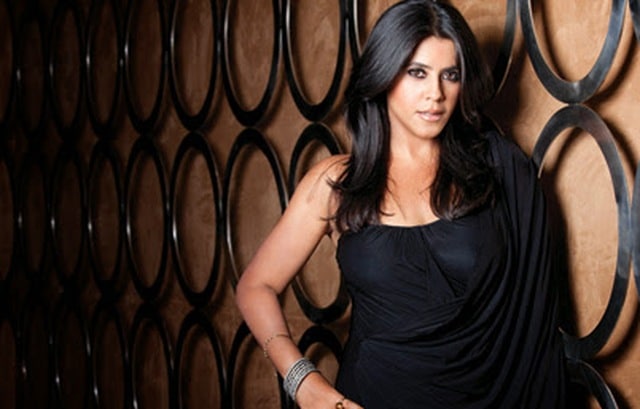 Ekta Kapoor (born 7 June 1975) is an Indian television producer, film producer and director who works in Hindi cinema and soap opera. She is the joint managing director and creative head of Balaji Telefilms Limited, which was founded in 1994. In 2001, Balaji Motion Pictures was launched as a subsidiary company of Balaji Telefilms Limited which is a film production and distribution company. She launched ALT Balaji in April 2017.

Ekta Kapoor’s birth number is 7 which is ruled by Ketu.

Kapoor was honoured with the Padma Shri in 2020 for her work in the field of arts.

Ekta Kapoor started her career at the age of 15, interning with ad and feature filmmaker Kailash Surendranath. After obtaining financing from her father, she decided to become a producer.

She ventured into Bollywood movie production in 2001 beginning with Kyo Kii… Main Jhuth Nahin Bolta. Kucch To Hai and Krishna Cottage are based on supernatural themes, followed in 2003 and 2004. The 2005 Kyaa Kool Hai Hum featured her brother Tusshar Kapoor. She then went on to co-produce Shootout at Lokhandwala with Sanjay Gupta. This was followed by Mission Istanbul and EMI – Liya Hai Toh Chukana Padhega in collaboration with Sunil Shetty.

Between 2010 and 2014, she produced many films, including Love Sex Aur Dhokha, Once Upon a Time in Mumbaai, and Shor in the City.

In 2012, Ekta Kapoor started the Institute of Creative Excellence, a media training school through her production house Balaji Telefilms.

Kapoor has also launched a number of TV series online through her digital app ALTBalaji.

“Ekta Kapoor, is going through a very successful stage of her career but unwanted controversies are bogging her down. The controversies surrounding Sushant Singh Rajput’s death, the recent controversy of Pearl V Puri where Ekta supported the actor who has been arrested under the POCSO act have brought negativity in her life. 2021 is going to be a crucial year in her life as some of the most awaited movies are coming out from her banner like Ek Villain 2, Goodbye. She should stay strong and do not let negativity affect her. She should stay away from the limelight for a few months till things don’t settle down,” says Bollywood astrologer Hirav Shah.

Home » Predictions » Entertainment » Birthday Predictions: “Will Ekta Kapoor Redeem Herself From The Negativity Surrounding Her in 2021?”