Birthday Predictions: “Is this a Golden Period for Scintillating Actress Shraddha Srinath?” 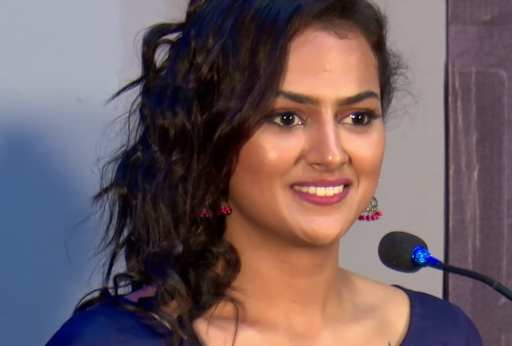 Shraddha Srinath (born 29 September 1990) is an Indian actress and model who predominantly appears in Kannada, Tamil, and Telugu films. She debuted with the Malayalam film Kohinoor and gained wide acclaim for her role in the Kannada psychological thriller U Turn (2016) for which she won the Filmfare Award for Best Actress and also for her performances in Jersey, Urvi, Vikram Vedha, Nerkonda Paarvai, and Operation Alamelamma. For the latter, she won the Filmfare Critics Award for Best Actress – South award. She won the Zee Cine Awards Telugu for Best find of the year – female in 2020 for her role in Jersey.

Shraddha was called to play the second female lead in the Malayalam film called Kohinoor, directed by Vinay Govind, which was released in September 2015. Her Kannada debut happened in May 2016 with U-Turn which was directed by Pawan Kumar which premiered at the New York Indian Film Festival and then subsequently released in India and worldwide. Srinath received critical acclaim for this movie and received the coveted Filmfare Award for Best Actress – Kannada.

Shraddha’s 2017 releases are Urvi, directed by B. S. Pradeep Varma, and Operation Alamelamma, directed by Simple Suni. She debuted in the Tamil industry by doing a small role in Mani Ratnam’s Katru Veliydai. Later she played the female lead in R. Kannan’s movie Ivan Thanthiran opposite Gautham Karthik and R. J. Balaji in the lead. She even played the female lead in Pushkar Gayatri’s movie Vikram Vedha opposite Madhavan and Vijay Sethupathi. In Richie, she plays the lead opposite Nivin Pauly, directed by Gautham Ramachandran.

After acting in movies like U-Turn, Operation Almelamma, Richie, and Vikram Vedha, she started to get more offers in the South Cinema Industry. She had appeared only in a song of The Villain, along with Shiva Rajkumar.