Birthday Predictions: “Is it the Right Time for Hina Khan To Move To Bollywood in 2021-22?” 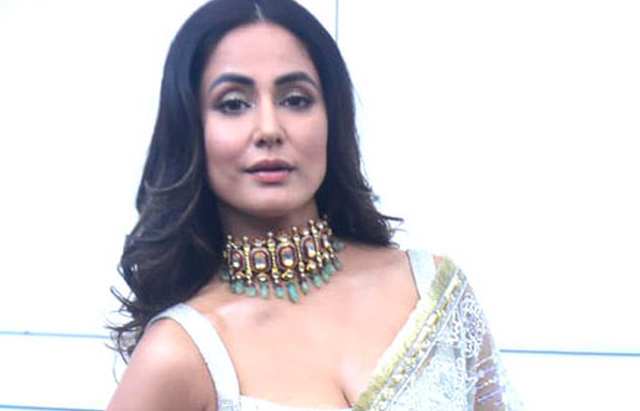 Hina Khan (born 2 October 1987) is one of the most popular Indian actresses who appears in Hindi television and films. She is known for playing Akshara in Star Plus’s Yeh Rishta Kya Kehlata Hai and Komolika in Kasautii Zindagii Kay. In 2017, she participated in the reality shows Fear Factor: Khatron Ke Khiladi 8 and Bigg Boss 11 and emerged as the runner-up in both.

Hina Khan auditioned for Sony TV’s singing reality show Indian Idol where she managed to be in the top 30 in 2008. Later, during her college studies in Delhi, Khan auditioned for Yeh Rishta Kya Kehlata Hai when her friends forced her and got selected for it. She moved to Mumbai and made her television debut in 2009 when she starred in one of the longest-running Indian soap operas as Akshara Singhania. After eight years, she quit the show in November 2016 to pursue other projects. Her performance in the series earned her positive critical reviews and also won her multiple awards.

In 2017, she joined Colors TV’s Fear Factor: Khatron Ke Khiladi 8 as a contestant, where she finished as the 1st runner up.

In September 2017, she participated in Colors TV’s reality show, Bigg Boss 11 as a celebrity contestant. She survived for fifteen weeks and became one of the four finalists and emerged as the first runner-up in January 2018.

In late February 2018, she wrapped up the shooting of a Punjabi music video with Sonu Thukral, which was released in March 2018. On 31 March, it was announced that she had signed in to make her digital debut with Ankoosh Bhatt’s short film, ‘SmartPhone’, opposite actor Kunaal Roy Kapur. In July 2018, Hina appeared in Sonu Thukral’s Punjabi music video “Bhasoodi”. In October 2018, she bagged the role of Komolika, an antagonist in Kasautii Zindagii Kay however she left the show in April 2019 and got replaced by Aamna Sharif. In the same year, she signed her debut film Lines, opposite actress Farida Jalal, which is directed by Hussain Khan and written by Rahat Kazmi and Shakti Singh.

On 2 January 2019, she signed another short film Soulmate, opposite actor Vivan Bhatena. The film was directed by Pawan Sharma. In May 2019, she shot for Rahat Kazmi’s short film “Wish List” opposite actor Jitendra Rai. In September, she began shooting for Rahat Kazmi’s third film, the Indo-Hollywood movie called ‘The Country of the Blind’ as Gosha. In the same month, she signed a psychological crime drama, digital series called “Damaged 2”.

In January 2020, she signed a ZEE5 horror film opposite actor Kushal Tandon. Khan played the main lead in a cameo appearance in the fifth season of Ekta Kapoor’s Naagin along with Dheeraj Dhoopar and Mohit Malhotra. In February 2020, Khan made her Bollywood entry with the film Hacked, with director Vikram Bhatt, alongside Sid Makkar. In October 2020, Khan returned to Bigg Boss in its fourteenth season as a toofani senior along with Gauahar Khan and Sidharth Shukla for the first three weeks. In May 2021, Khan appeared in the music video for the T-Series song ‘Patthar Wargi’ alongside Tanmay Singh. In June 2021, Khan appeared in her next song ‘Baarish Ban Jana’ along with Shaheer Sheikh, which was shot in Kashmir. The song was sung by Stebin Ben & Payal Dev.

“Hina Khan is one of the most-loved actresses of the TV industry with a huge fan following. Her stardom is no less than any Bollywood heroine. As per the planetary positions in her horoscope, 2021-22 is a favorable year for Hina Khan and she will be offered some great projects especially on OTT platforms. Hina Khan needs to come out of her comfort zone and do some bold roles that will please her fans. It is also a favorable time for her to do some good roles in Bollywood movies. Her relationship with BF Rocky Jaiswal will be full of ups and downs but the couple will overcome everything and might tie the knot soon,” says celebrated Bollywood Astrologer cum Astro Strategist™ Hirav Shah.

Home » Predictions » Entertainment » Birthday Predictions: “Is it the Right Time for Hina Khan To Move To Bollywood in 2021-22?”

How Can Mumbai Indians Ride Up The Ladder In This IPL- Gap Analysis By Hirav Shah.

Understanding The Concept of Digital Process Automation With Sales and Marketing