Birthday Predictions: “Will The Ultra Glamorous Malavika Mohanan Own The Film Industry in 2021?” 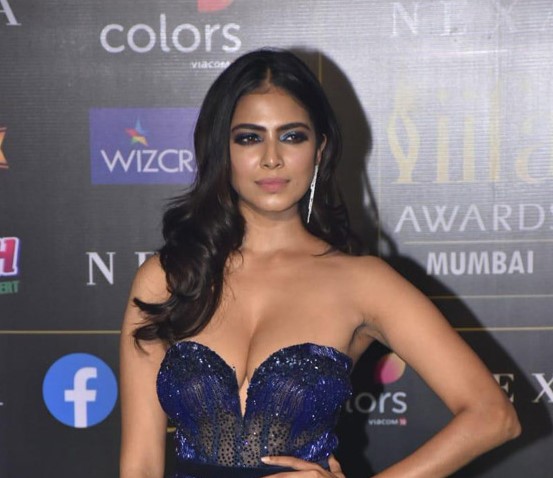 Malavika Mohanan (born 4 August 1993) is an Indian actress and model who works predominantly in Malayalam and Tamil language films.

The daughter of cinematographer K. U. Mohanan, Malavika made her acting debut with the romantic drama Pattam Pole (2013) opposite Dulquer Salmaan. Following a series of leadership roles in Malayalam and Kannada films, she won critical acclaim after appearing in Majid Majidi’s drama film, Beyond the Clouds (2017), portraying a dweller of Mumbai’s dhobi ghat area.

Malavika’s breakthrough as an actress came through her role as Tara, a poor girl from Mumbai’s dhobi ghat area, in Majid Majidi’s drama film, Beyond the Clouds (2017). Following her successful audition, Majidi selected her ahead of renowned actresses Deepika Padukone and Kangana Ranaut for the role, which saw her portray the older sister of debutant Ishaan Khatter.

She expressed her delight at working with Majidi so early in her career, especially considering that she regularly had to study and write essays on his films during her undergraduate course. For the film, Mohanan lost eight kilograms in fifteen days to film for a jail sequence and opted not to wash her hair for several days on end to get the look of the slum dweller correct. The film was screened across several international festivals, before being released worldwide in April 2018. Mohanan won positive reviews for her portrayal, with Filmfare’s critic stating “Malavika Mohanan is a natural in front of the camera”. A reviewer from The Times of India stated she was “captivating in her honest portrayal” and “skillfully walks the fine line between passionate and melodramatic”, while The Hollywood Reporter called her “solid”.

In mid-2018, she signed on to appear in a role in Karthik Subbaraj’s Petta (2019), which would feature her alongside an ensemble cast including Rajinikanth, Vijay Sethupathi, and Nawazuddin Siddiqui. For the film, which marked her first project in the Tamil language, Mohanan hired a Tamil-speaking tutor to help her practice her lines. She then went on to appear in the Tamil action thriller film Master (2021) alongside Vijay, in which she played the role of Charulatha, a college lecturer. It became the highest-grossing film in her career.

Mohanan has signed on to appear in Maaran directed by Karthick Naren opposite Dhanush and in the Hindi film Yudhra opposite Siddhant Chaturvedi. The latter is scheduled to release in Summer 2022.

Future of Malavika Mohanan in 2021

“Malavika Mohanan is undoubtedly one of the most popular stars in the country right now because of her talent and ultra-glamorous personality, on and off-screen. The way she carries herself in sexy revealing costumes is a treat for the youth who are increasingly becoming addicted to her beauty. According to the positions of the planets in her horoscope, 2021 and the next few years are the best period for Malavika to sign some of the best projects opposite the biggest of stars. Malavika should also target the Hindi market where she can take her stardom to the next level. Overall, she is going to rule in the coming years,” says celebrated Movie Astrologer cum Astro Strategist™ Hirav Shah.

Home » Predictions » Entertainment » Birthday Predictions: “Will The Ultra Glamorous Malavika Mohanan Own The Film Industry in 2021?”

Yash Horoscope Analysis : "What Should Be Rocking Star Yash's Strategy in 2022 After KGF Series?"