Birthday Predictions: “Will Pooja Hegde Continue Her Blockbuster Streak in 2021-22 As Well?” 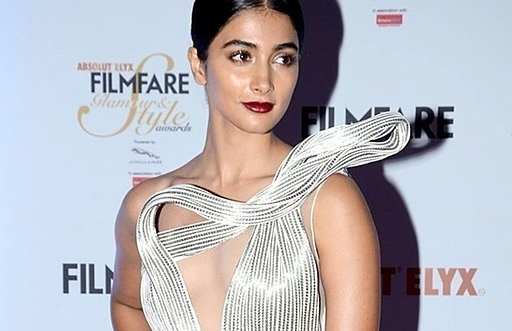 Pooja Hegde (born 13 October 1990) is an Indian actress and model who appears predominantly in Telugu and Hindi films. She was crowned as the second runner-up at the Miss Universe India 2010 competition. She made her debut in the Tamil film Mysskin’s Mugamoodi (2012). She made her Telugu film debut alongside Naga Chaitanya in Oka Laila Kosam. In 2016, she made her Hindi film debut alongside Hrithik Roshan in Ashutosh Gowarikar’s Mohenjo Daro.

Her 2020 Telugu-language action drama film Ala Vaikunthapurramuloo, alongside Allu Arjun and directed by Trivikram, became one of the highest-grossing Telugu films of all time, grossing over ₹250 crores.

Her upcoming projects include a romantic multilingual film Radhe Shyam with Prabhas and Most Eligible Bachelor, directed by Bommarillu Bhaskar opposite Akhil Akkineni and produced by Bunny Vasu and Vasu Varma. In February 2020, Hegde is cast in Salman Khan’s upcoming film Kabhi Eid Kabhi Diwali, directed by Farhad Samji.

In March 2021, Hegde acted in Koratala Siva-directed film Acharya, alongside Chiranjeevi, Kajal Aggarwal, and Ram Charan. She also acted in Cirkus opposite Ranveer Singh. She was also the lead in Vijay’s Beast directed by Nelson Dilipkumar, marking her return to Tamil cinema after nine years.

2021 is also a number 5 year ruled by Mercury which means a favorable period for Pooja.

Pooja Hegde is the most happening heroine right now. She has delivered 5 continuous blockbusters in the last 3 years.

Ram Charan Horoscope Analysis: "What's in Store for Ram Charan in 2022 After The Historic Success of RRR?"