Birthday Predictions: “Will Vaani Kapoor Hit The Big League in 2021 with Shamshera After The Debacle of Bell Bottom?” 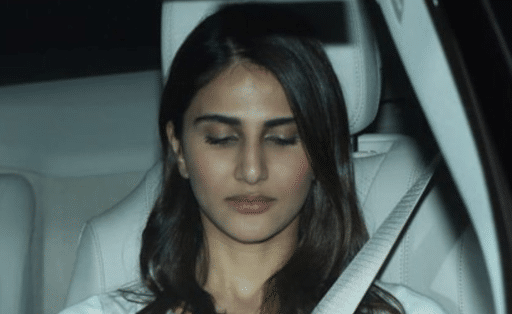 Vaani Kapoor (born 23 August 1988) is an Indian actress known for her work in Hindi films and Tamil films. She made her film debut in the 2013 romantic comedy Shuddh Desi Romance, a critical and commercial success, which earned her Filmfare Award for Best Female Debut. Later she marked her debut in the Tamil film Aaha Kalyanam (2014). She is known for her work in the film Befikre (2016) opposite Ranveer Singh and in the Spy film War (2019) with Hrithik Roshan. She also had a brief role in Akshay Kumar’s Bell Bottom (2021).

Kapoor later signed a three-film deal with Yash Raj Films. She was selected through an audition to play a supporting role in the romantic comedy Shuddh Desi Romance, alongside Sushant Singh Rajput and Parineeti Chopra. The film dealt with the subject of live-in relationships; it received positive feedback from critics, and Kapoor’s portrayal of an outspoken girl, Tara, was praised. Mohar Basu of Koimoi wrote that Kapoor was “a pleasant debutant though she isn’t an overtly powerful actress” while Madhureeta Mukherjee of The Times Of India thought that she was “impressive, pretty and commands a good screen-presence”. Shuddh Desi Romance collected ₹46 crores (US$6.8 million) at the domestic box office and emerged as a commercial success. At the 59th Filmfare Awards, Kapoor was awarded the Best Female Debut award.

Kapoor’s next release was the Tamil romantic comedy Aaha Kalyanam, an official remake of the 2010 Hindi film Band Baaja Baaraat. She was cast opposite Nani and learned the Tamil language for the film. Upon the release, Kapoor received positive reviews for playing the lead female role. According to the Box Office India, the film was an average grosser.

In 2016, Kapoor appeared in Aditya Chopra’s romantic drama Befikre opposite Ranveer Singh. The film, set in Paris, was released on 9 December 2016. It received negative reviews from critics and became an average grosser at the box office. Shubhra Gupta of The Indian Express described Vaani’s role as ”You can see Vaani trying for more in a few scenes, but she appears stymied for the most part. Better fleshed-out, she could have been a truly spunky here-and-now leading lady, changing her own gears on love and life.”

After a three-year break from films, she appeared in 2019’s highest-grossing release, War, an action thriller film, alongside Hrithik Roshan and Tiger Shroff. The film was directed by Siddharth Anand and produced by Yash Raj Films. War set the record for the highest opening day collection for a Bollywood film. The film is her most successful film among all her films released so far.

Future of Vaani Kapoor in 2021

Vaani Kapoor after delivering a smash-hit like WAR, couldn’t keep up the momentum in her next films. Her recent release Bell Bottom received mixed reviews and the box office response was very poor. Her role also wasn’t much appreciated. So it’s high time that Vaani Kapoor chooses movies that will do justice to her talent and beauty.

Home » Predictions » Entertainment » Birthday Predictions: “Will Vaani Kapoor Hit The Big League in 2021 with Shamshera After The Debacle of Bell Bottom?”