Birthday Predictions: “Will Randeep Hooda Touch The Peak of His Career in 2021? 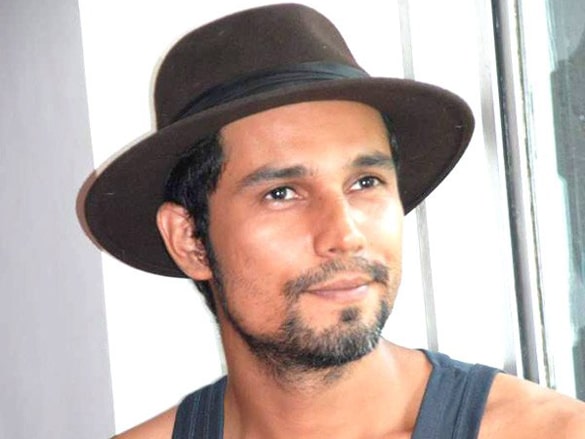 Randeep Hooda, born 20 August 1976, is an Indian actor and equestrian. Best known for his work in the Hindi film industry, he is the recipient of accolades such as two Stardust Awards and a nomination each for the Filmfare and the International Indian Film Academy Awards.

Hooda made his Hindi film debut with Mira Nair’s Monsoon Wedding (2001). However, little recognition came his way and he went on to appear in a spate of critically and commercially unsuccessful projects including D (2005) and Karma Aur Holi (2009). A turning point in his career came when Hooda starred in the commercially successful Once Upon a Time in Mumbaai (2010) and was subsequently noted for his performance in Saheb, Biwi Aur Gangster (2011), which earned him an IIFA Award for Best Supporting Actor nomination. His starring roles in thrillers Jannat 2 (2012) and Jism 2 (2012) sustained his success at the box office as he continued to garner praise for his performances in such films as the road drama Highway (2014) and the biopics Rang Rasiya (2014) and Sarbjit (2016).

Hooda played a supporting role in the 2018 action film Baaghi 2 after a gap of two years. He was working on a film based on the Battle of Saragarhi, but the project was ultimately dropped after being stuck in development hell for over three years.

Hooda made his Hollywood debut with the American action-thriller film Extraction (2020) starring Chris Hemsworth and Goldshifteh Farahani. The film was released on 24 April 2020. Netflix estimated the film will be watched by 90 million viewers in the first month of release.

Hooda is appearing in Radhe a Salman Khan film and Unfair & Lovely opposite Ileana D’Cruz, a social satire on the fad with fairness. Both the films are slated to be released in 2021.

In addition to his film career, Hooda has acted in numerous stage plays and made his debut as a playwright with an adaptation of Lee Blessing’s A Walk in the Woods. He is also a professional equestrian who regularly participates in polo, showjumping, and dressage events. He won a silver medal at an open dressage event in New Delhi that was organized by the Equestrian Federation of India.

Future of Randeep Hooda in 2021

“Randeep Hooda is making waves in Bollywood but the results are a mixed bag. His last film Radhe was a disaster though his performance was appreciated. According to the planetary positions in his horoscope, it is the best time for him to sign some exciting web series where he can play the lead role. His upcoming films like Unfair and Lovely will do good and earn him a good name. Randeep has been dating many actresses like Sushmita Sen in the past but it is the best time for him now to settle down,” says Astro strategist cum Bollywood Astrologer Hirav Shah.

Home » Predictions » Entertainment » Birthday Predictions: “Will Randeep Hooda Touch The Peak of His Career in 2021?

How To Invest In Digital Gold : Know Risks, Benefits Of Buying Online Gold.