Birthday Predictions: “Is It The Right Time For Dhruva Sarja To Make a Jump into Bollywood?” 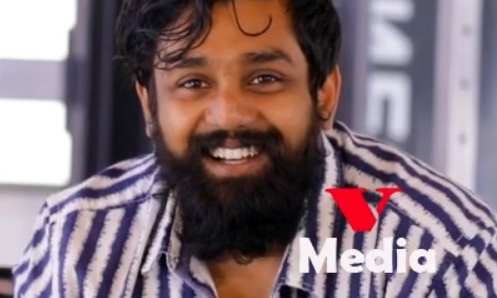 Dhruva Sarja, born on 6th October 1988, is one of the most promising and famous Indian actors who appears in Kannada films. He made his acting debut in the 2012 film Addhuri, which brought him much appreciation and popularity.

Dhruva got engaged to his childhood friend Prerana on 9 December 2018.

Sarja, once when he was young, was watching a movie with his uncle Arjun Sarja and told him that he wanted to become a film hero. Arjun Sarja replied, saying that before becoming a hero, you should be a good actor, and suggested that he take training classes. Dhruva took the classes and was prepared for acting. When he heard about an audition call for a lead role in A. P. Arjun’s new movie, he attended the audition and got selected. Until he was selected, he didn’t reveal that he is a nephew of Arjun Sarja. Dhruva debuted in films with the 2012 blockbuster film Addhuri. His portrayal of Arjun as the male lead, opposite Radhika Pandit, received praise from critics. He signed for his next film Bahaddur with his close friend Chethan Kumar in 2013, starring again opposite Pandit. The film became commercially successful and in April 2015 he signed for Bharjari which was released in September 2017, becoming a blockbuster and giving hat-trick success to Dhruva Sarja. His next film was titled Pogaru which turned out to be a huge hit.

A. Harsha and Dhruva Sarja are also in talks for a movie.

Dhruva Sarja has entered the 34th year of his life.

Home » Predictions » Entertainment » Birthday Predictions: “Is It The Right Time For Dhruva Sarja To Make a Jump into Bollywood?”

Prakash Raj Horoscope Analysis: "Will Prakash Raj Make a Mark for Himself in Politics in 2022?"