Prakash Raj Horoscope Analysis: “Will Prakash Raj Make a Mark for Himself in Politics in 2022?” 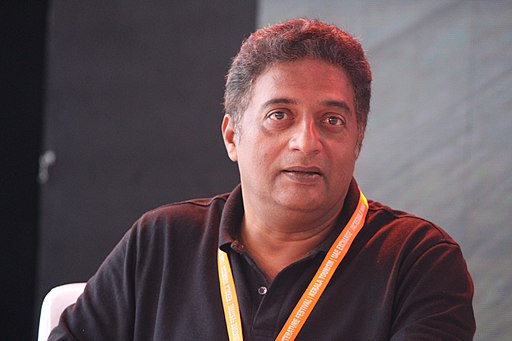 Prakash Raj has a huge lineup of promising films like KGF Chapter 2, Sarkar Vaari Paata, Ponniyin Selvan, and others. His performances will win him tremendous acclaim and win him many awards.

After working in stage shows and television in Kannada for a few years, Raj ventured into films. He made his debut in Tamil cinema through Duet (1994) by K. Balachander and has since been a commercially successful film star in Tamil. In remembrance, he named his production company Duet Movies. Apart from his mother tongue Kannada, Prakash Raj’s fluency in Tamil, Telugu, Malayalam, Marathi, Hindi, and English has placed him among the most sought-after actors in Indian cinema.

Prakash Raj identifies himself as an atheist.

Prakash has been involved in several controversies. He was banned by Telugu film producers six times in the past.

Prakash Raj was born in Bangalore on 26 March 1965 to a Tulu father and a Kannada mother.

Prakash Raj married actress Lalitha Kumari in 1994. They had two daughters, Meghana and Pooja, and a son, Sidhu, who died in 2004. The couple divorced in 2009.

Awards and Achievements of Prakash Raj:

Hirav Shah adds, “Prakash Raj has a huge lineup of promising films like KGF Chapter 2, Sarkar Vaari Paata, Ponniyin Selvan, and others. His performances will win him tremendous acclaim and win him many awards. His personal life will go smoothly.”

Hirav Shah’s Astro Strategic Advice for Prakash Raj: Concentrate on movies and avoid politics at least for a few years.

Home » Predictions » Entertainment » Prakash Raj Horoscope Analysis: “Will Prakash Raj Make a Mark for Himself in Politics in 2022?”

Sudha Konagara Horoscope Analysis: "Will Sudha Konagara Storm Bollywood in 2022 With The Remake of Soorarai Pottru With Akshay Kumar?"

Nithiin Horoscope Analysis: "Is It The Right Time for Nithiin To Start Taking Steps in Becoming a Pan-India Star?"