Birthday Predictions: “Will Sara Ali Khan Rise Like a Phoenix in 2021 After a Controversial 2020?” 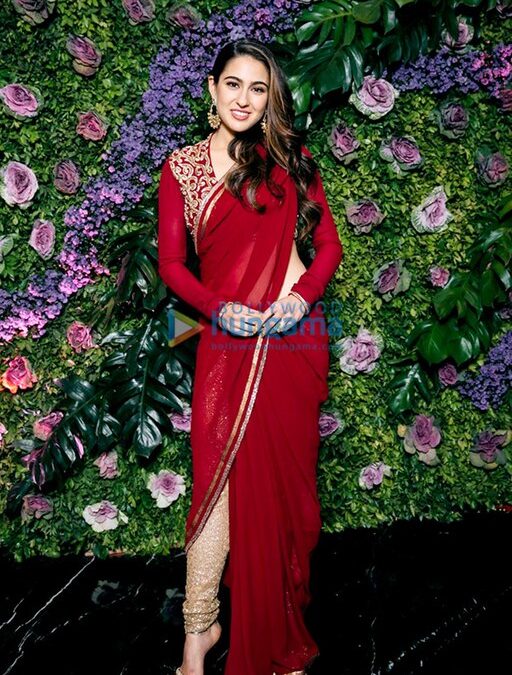 After graduating from Columbia University, Khan ventured into acting by playing the leading lady in the 2018 films Kedarnath and Simmba. Both films were commercially successful and the former earned her the Filmfare Award for Best Female Debut. She appeared in Forbes India’s Celebrity 100 list of 2019.

Khan’s debut came in 2018 with Abhishek Kapoor’s romantic disaster film Kedarnath, in which she played a Hindu girl who falls in love with a Muslim porter, played by Sushant Singh Rajput. In preparation for her role, Khan improved her knowledge of Hindi vocabulary with help from Rajput. A dispute between Kapoor and KriArj Entertainment, the producers, led to a temporary suspension in filming, until RSVP Movies took over production duties from the latter company. A few weeks before release, priests of Kedarnath Temple demanded the film’s boycott as they believed it promoted Love Jihad, and a Bharatiya Janata Party leader also urged for a ban. As a result, the film was banned in the state of Uttarakhand. Kedarnath received mixed reviews with praise directed to Khan’s performance. Kunal Guha of Mumbai Mirror found it to be a rehash of 1980s Hindi films but appreciated Khan’s act: “When her Mukku is angry, hopeful, desperate or coltish, she often conveys it through her eyes alone — giving us a taste of the diverse faces she can throw on.” Meena Iyer of Daily News and Analysis similarly labeled her “spectacular”. Kedarnath emerged as a commercial success. Khan was awarded the Filmfare Award for Best Female Debut and the IIFA Award for Star Debut of the Year – Female.

A few weeks after the release of Kedarnath, Khan starred in Rohit Shetty’s action film Simmba, alongside Ranveer Singh, which was loosely based on the Telugu-language film Temper (2015). She began work on it when filming of Kedarnath was temporarily suspended. This led to Abhishek Kapoor suing Khan; they later settled out of court when she agreed to split her time between both films.

In Imtiaz Ali’s romantic drama Love Aaj Kal (2020), a spiritual successor to Ali’s 2009 film of the same name, Khan starred as a young woman with a troubled past, opposite Kartik Aaryan.

Khan starred opposite Varun Dhawan in the comedy film Coolie No. 1, an adaptation of David Dhawan’s 1995 film of the same name.

“After a smashing start to her career with films like Simmba and Kedarnath, Sara Ali Khan delivered two disasters in Coolie No. 1 and Love Aaj Kal. She was criticized for her performances as well. 2021 is a good time for her to retrospect and come with better projects. The planetary positions in her horoscope indicate that her next film Atrangi Re with Dhanush will be a superhit. But after that, Sara needs to plan her career well if she has to give tough competition to the likes of Kriti Sanon, Alia Bhatt, and Pooja Hegde. Her personal life will be inconsistent,” says celebrated Bollywood Astrologer cum Astro Strategist™ Hirav Shah.

Home » Predictions » Entertainment » Birthday Predictions: “Will Sara Ali Khan Rise Like a Phoenix in 2021 After a Controversial 2020?”

Varun Dhawan Horoscope Analysis : "Will Varun Dhawan Wipe Out All Kalanks and Create Bawaal at the Box Office in 2022?"