Birthday Predictions: “Will Big B Again Give a Run For Their Money To Younger Generation Actors in 2021-22?” 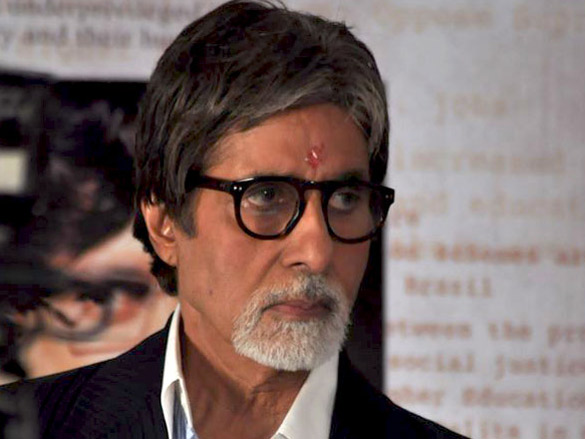 Amitabh Bachchan, 11 October 1942, is an Indian actor, film producer, television host, occasional playback singer, and former politician known for his work in Hindi cinema. He is regarded as one of the most influential actors in the history of Indian cinema.[5] During the 1970s–1980s, he was the most dominant actor in the Indian movie scene; the French director François Truffaut called him a “one-man industry”.

Bachchan was born in 1942 in Allahabad to the Hindi poet Harivansh Rai Bachchan and his wife, the social activist Teji Bachchan. He was educated at Sherwood College, Nainital, and Kirori Mal College, University of Delhi. His film career started in 1969 as a voice narrator in Mrinal Sen’s film Bhuvan Shome.

He first gained popularity in the early 1970s for films such as Zanjeer, Deewaar, and Sholay, and was dubbed India’s “angry young man” for his on-screen roles in Hindi films. Referred to as the Shahenshah of Bollywood (in reference to his 1988 film Shahenshah), Sadi ka Mahanayak (Hindi for, “Greatest actor of the century”), Star of the Millennium, or Big B, he has since appeared in over 200 Indian films in a career spanning more than five decades, and has won numerous accolades in his career, including four National Film Awards as Best Actor, Dadasaheb Phalke Award as lifetime achievement award and many awards at international film festivals and award ceremonies.

He has won sixteen Filmfare Awards and is the most nominated performer in any major acting category at Filmfare, with 42 nominations overall. In addition to acting, Bachchan has worked as a playback singer, film producer, and television presenter. He has hosted several seasons of the game show Kaun Banega Crorepati, India’s version of the game show franchise, Who Wants to Be a Millionaire?. He also entered politics for a time in the 1980s.

The Government of India honored him with the Padma Shri in 1984, the Padma Bhushan in 2001, and the Padma Vibhushan in 2015 for his contributions to the arts. The Government of France honored him with its highest civilian honor, Knight of the Legion of honor, in 2007 for his exceptional career in the world of cinema and beyond. Bachchan also made an appearance in a Hollywood film, Baz Luhrmann’s The Great Gatsby (2013), in which he played a non-Indian Jewish character, Meyer Wolfsheim.

Beyond the Indian subcontinent, he acquired a large overseas following of the South Asian diaspora, as well as others, in markets including Africa (South Africa, Eastern Africa, and Mauritius), the Middle East (especially UAE and Egypt), the United Kingdom, Russia, the Caribbean (Guyana, Suriname, and Trinidad and Tobago), Oceania (Fiji, Australia, and New Zealand) and the United States.

Amitabh Bachchan has entered the 80th year of his life. 8+0= 8 ruled by Saturn.

Amitabh Bachchan has been one of the greatest legends of Indian Cinema and his career is one that is the stuff made of dreams. In spite of touching the 80s, Bachchan is still going strong, says Hirav Shah.

As per Hirav Shah, his relationship with his son Abhishek (5 February 1976 ) and daughter Shweta will remain very healthy. He will also remain very supportive of his daughter in law Aishwarya Rai Bachchan (1 November 1973) for her career. There is some similarity between Amitabh Bachchan and Abhishek’s career. They both had a few flops in the beginning before they got recognition, explains Hirav Shah.

Professional Life of Amitabh Bachchan in the year 2022

“According to the planetary positions in his horoscope, his upcoming films will do very well especially Brahmastra, Uunchaai, the film with Prabhas. Mayday and Goodbye might not be very successful but Big B will get great accolades”, predicts Hirav Shah.

The health of Amitabh Bachchan in 2022

As all know that by the grace of God he totally recovered from COVID19 effects. I hope I go wrong on this but it seems that Bachchan Sahab needs to take extreme care of his health in the coming days, says Hirav Shah.

Controversies of Amitabh Bachchan in 2022

Home » Predictions » Entertainment » Birthday Predictions: “Will Big B Again Give a Run For Their Money To Younger Generation Actors in 2021-22?”

Birthday Predictions: "Will 2021-22 Be a Turn Around Year For Wolverine Star Hugh Jackman?"

Birthday Predictions: "Will Gerard Butler Revive The Sequel to 300 in 2022?"

How To Always Be The Top Performer At Your Workplace.