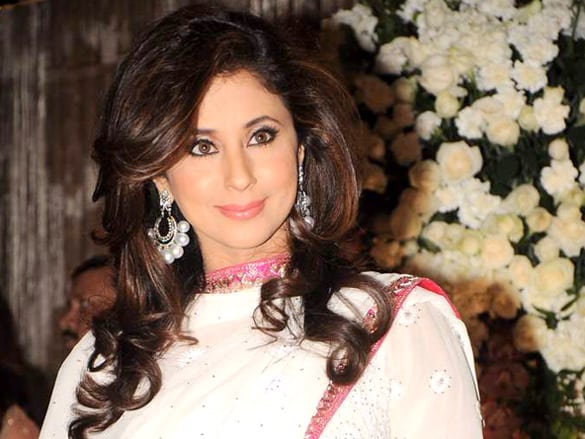 Urmila Matondkar (born 4 February 1974) is one of the most successful actresses of the 90s and now a politician. Known for her work in Hindi films, in addition to Telugu, Tamil, Malayalam, and Marathi cinema, she has received numerous accolades, including the Filmfare Award and the Nandi Award. During her career as a leading actress, she established a distinctive on-screen persona, and was identified with her intense style and dancing skills.

After making her debut as a child in the 1977 film Karm, Matondkar gained wide recognition with Masoom (1983), following which she appeared in few other films. Her first adult role came with the Malayalam film Chanakyan (1989), and her first adult role in Hindi cinema came with the action drama Narsimha (1991), both of which were commercial successes.

After a brief setback, Matondkar established herself as a leading actress of Bollywood with the romantic drama Rangeela (1995), following which she achieved further success with the drama Judaai (1997), the crime film Satya (1998), the romantic comedy Khoobsurat (1999), and the thriller Jungle (2000). She also achieved success in Telugu and Tamil cinema with starring roles in Antham (1992), Gaayam (1993), Indian (1996), and Anaganaga Oka Roju (1997).[6][7] She garnered critical recognition for portraying a range of intense characters in several psychological thrillers and horror films, including a serial killer in Kaun (1999), an obsessive lover in Pyaar Tune Kya Kiya (2001), a possessed woman in Bhoot (2003), and a violent avenger in Ek Hasina Thi (2004). During these years, Matondkar collaborated with independent filmmakers in the art-house, including the dramas Tehzeeb (2003), Pinjar (2003), Maine Gandhi Ko Nahin Mara (2005), Bas Ek Pal (2006), and the Marathi film Ajoba (2014).

In addition to acting in films, Matondkar is involved with several humanitarian causes and is vocal about issues faced by women and children. She has participated in concert tours and stage shows and featured as a talent judge for various dance reality shows, including Jhalak Dikhhla Jaa.

Future of Urmila Matondkar in 2021:

Urmila’s zodiac sign is Aquarius which is ruled by Saturn.

“Urmila has now joined Shiv Sena after quitting Congress. Urmila Matondkar has mesmerized the audience with her superb acting skills same way if she sticks to her core values and strengths she will start making a mark from 2022. Urmila must also try her hand at making a comeback in movies,” says Business Astrologer™ Hirav Shah.