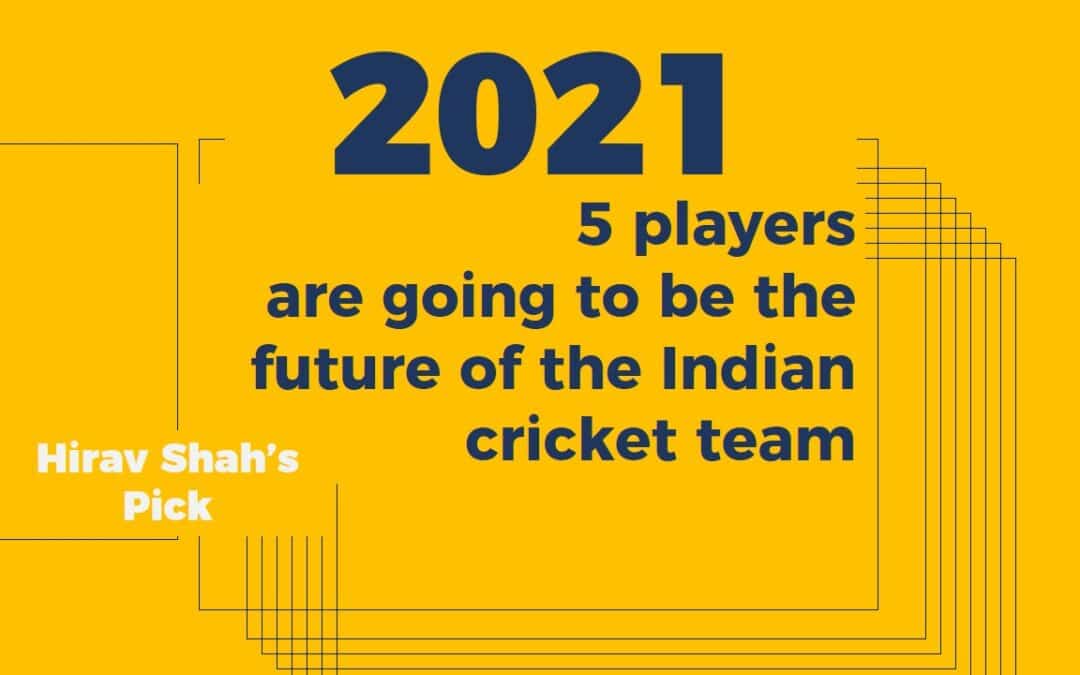 Indian cricket team has been witnessing a bunch of new talent from the past few years. After iconic Kapil Dev, Sunil Gavaskar, Sachin Tendulkar and Sourav Ganguly, path-breaking players like MS Dhoni and Virat Kohli came and emerged as the super successful players in the team India. However, from the past few years, young generation players are creating solid impact among the spectators and among the new-age players, reputed business and Astro strategist Hirav Shah mentions about five players, who are going to be the future of Indian team.

Deepak Chahar is a young fast bowler from Rajasthan who answered the country with his bowling spells for Chennai Super Kings in IPL season 12. A domestic fixture for Rajasthan, Greg Chappell once removed him from the Rajasthan Cricket Academy as a young fast bowler.
Chahar proved him wrong by taking eight wickets on his first-class debut to bowl the Hyderabad team to the lowest number of 21 ever (Ranji Trophy 2010/11).

He is famous for his power hitting. Due to his wicket-keeping skills, he can be considered after the retirement of MS Dhoni and Dinesh Karthik. But he has been facing problems with short balls and often can’t balance himself after hitting a short. He needs to improve his footwork 1st and has to minimize that of balance. He is 20 now and he can be a permanent member in shorter formats in upcoming years. In 2019, he was awarded the ICC Emerging Player of the Year award for the year 2018 and narrowly missed out on the 2019 Indian World Cup squad.

Shreyas Iyer is a talented and rising player from Mumbai who was trained under the great Pravin Amre at the beginning. He made his debut in the 2014-15 season in First Class and List A and was very impressive in the domestic circuit (scoring 5707 runs in 126 innings, averaging 56.90).
Though he has already represented team INDIA still he has a long way to go. He is now captain of Delhi Capitals and performs well under pressure. He can play according to the situation and can change the gear for a big hit. One of the no.4 batsman India is currently having in the list.

Prithvi Shaw is the under19 Captain of India and won the world cup with the help of his phenomenal performances throughout the tournament. Picked by DD in IPL 2018 this year and has been performing brilliantly with a strike rate above 150 and already scored 2 half-centuries in 5 games. His cover drive and straight drive are often comparable with legendary Sachin Tendulkar.

Prithvi has a naturally gifted talent to hit the cricket ball with a strong grip and an exceptionally left-handed style to go with a flourishing bat-swing reminiscent of a magician brandishing a sword. Shaw has a knack for pacing the ball, a calm head on his feet, and a back-and-across ability to help him play back-foot.

Being one of the best batsmen in U19 with a strike rate over 100 and an average of 104, Shubman Gill scored in crucial matches. He is now playing for KKR and performing decently whenever he is given an opportunity. Gill can play defensive, can play attractive as well, depending on the situation. Experts say that he is the perfect choice for VIRAT ’s successor. Gill won the BCCI award for the Best Junior Cricketer for consecutive years in 2013-14 and 2014-15, knocking hard on the doors of the U19 team. Bought by KKR in the IPL for an extravagant 1.8 crores, he has been pretty handy supporting their batting lineup and has scored 499 runs in 24 innings at a strike rate of 133.

Though the Indian cricket has many more Cricket players in the list who deserve an honourable mention to be in the Indian Cricket team, business and Astro strategist Hirav Shah opinions that the above discussed five players are surely going to emerge as the next big players from team India.

Will Cristiano Ronaldo Hit a Rough Patch in 2021?