What’s in Store for Preity Zinta and her IPL Team Kings XI Punjab in 2021? 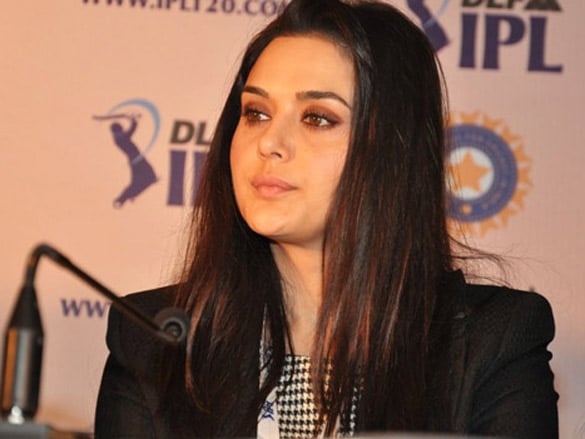 Preity G Zinta, born 31 January 1975, is an Indian actress and entrepreneur primarily known for her work in Hindi films. After graduating with degrees in English honors and criminal psychology, Zinta made her acting debut in Dil Se.. in 1998, followed by a role in Soldier in the same year. These performances earned her the Filmfare Award for Best Female Debut, and she was later recognized for her role as a teenage single mother in Kya Kehna (2000). She subsequently established a career as a leading actress of Hindi cinema with a variety of character types. Some of her roles, deemed culturally defiant, along with her unconventional screen persona have been credited with contributing to a change in the concept of a Hindi film heroine and won her several accolades.

Following critically appreciated roles in Chori Chori Chupke Chupke (2001), Dil Chahta Hai (2001), Dil Hai Tumhaara (2002), and Armaan (2003), Zinta received the Filmfare Award for Best Actress for her performance in the drama Kal Ho Naa Ho (2003). She went on to play leading roles in two consecutive annual top-grossing films in India, the science fiction film Koi… Mil Gaya (2003) and the romantic drama Veer-Zaara (2004). She was later noted for her portrayal of independent, modern Indian women in Salaam Namaste (2005) and Kabhi Alvida Naa Kehna (2006), top-grossing productions in overseas markets. Her first international film role was in the Canadian drama Heaven on Earth (2008), for which she was awarded the Silver Hugo Award for Best Actress and was nominated for the Genie Award for Best Actress. She followed this with a hiatus from acting work for several years, with the exception of her self-produced comeback film, Ishkq in Paris (2013), which failed to leave a mark.

In addition to acting, Zinta is a social activist, television presenter, and stage performer. Between 2004 and 2005, she wrote a series of columns for BBC News Online South Asia. She is the founder of the production company PZNZ Media, a co-owner of the Indian Premier League cricket team Kings XI Punjab since 2008, and the owner of the South-African T20 Global League cricket team Stellenbosch Kings since 2017. Zinta is known in the Indian media for publicly speaking her mind and consequently has sparked the occasional controversy. These controversies include her being the sole witness not to retract in court her earlier statements against the Indian mafia during the 2003 Bharat Shah case, for which she was awarded the Godfrey Phillips National Bravery Award.

Future of Preity Zinta in 2021

Preity Zinta’s zodiac sign is Aquarius and is ruled by Saturn.

Shah adds, “Preity Zinta needs to do more films as that will improve her brand value. Her IPL team Kings XI Punjab has high chances of entering into top 5 team of IPL this year 2021.”

Wishing the most effervescent and bubbly Preity Zinta, a very Happy Birthday.