What’s in store for The Great Wall of Indian Cricket, Rahul Dravid in 2021? 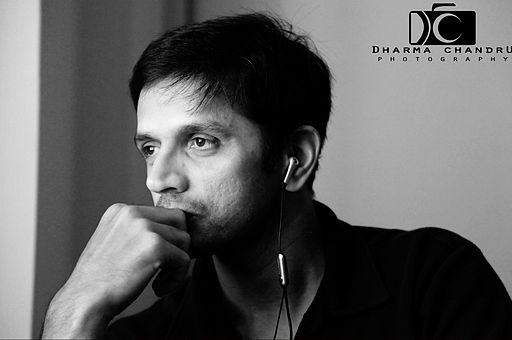 Rahul Sharad Dravid is one of the finest batsmen India has ever produced. ‘The Wall’, ‘Jammy’ and ‘Mr. Dependable’ are some of the nicknames he earned.

He was born on 11 January 1973 in Indore but moved to Bangalore. He was pretty good in academics. His father was also a cricket lover and used to take Rahul and his younger brother to watch cricket matches. This is where he developed a liking for cricket. He started playing professional cricket from the age of 12.

He represented the Karnataka state team in U-15, U-17 and U-19 age groups, leading to a place in state’s Ranji Trophy team. He made his Ranji debut for Karnataka in the 1991-92 season.

He had a terrific first season and aggregated a total of 380 runs at an average of 63.3. It included a couple of hundreds. He was then selected to play for South Zone in the Duleep Trophy.

International debut and rise to prominence

Jammy played his first international match in the ODI series against Sri Lanka in Sri Lanka. A couple of months later, he made his Test debut against England at Lord’s, scoring 95 runs in his debut innings.

He received the tag of a slow batsman in the ODIs and had to struggle to get a place in the ODI team.

He overcame this criticism, improved his ODI batting and cemented his place in the ODI team too. Three years after his debut, he was in top form in the 1999 World Cup. With 461 runs under his belt, he became the highest run-getter of the tournament.

Apart from batting, he kept wickets in ODIs for India for a substantial period. He has 84 dismissals as wicketkeeper including 71 catches and 13 stumpings. In Tests, as a non-wicketkeeper, he has a world record of taking the most number of catches (210).

Rahul led India in 25 Tests and won 8 of them, losing 6. The winning percentage of 32 doesn’t quite reflect his captaincy skills. His ODI numbers are better. India won 42 out of the 79 ODIs under him.

Indian cricket team’s debacle at the 2007 World Cup was one of the lowest points in Dravid’s captaincy career.

Dravid was the icon player of the Royal Challengers Bangalore (RCB) franchisee owned by Vijay Mallya. He was the highest run-scorer for RCB in IPL 2008. He later on also played for the Rajasthan Royals.

Dravid announced his retirement from the limited-overs format in 2011, while he played his last test match against Australia in January 2012.

Rahul was appointed to coach the India A and India U-19 teams. Under his guidance, the India-19 team finished as runners up in the 2016 edition of the 2016 ICC Under-19 Cricket World Cup. Rishabh Pant, Shreyas Iyer and Sanju Samson are some of his finds.

He also acted as the mentor for IPL franchise Delhi Daredevils for the 2017 edition of the tournament.

Rahul’s zodiac sign is Capricorn and is ruled by Saturn.

Many players like Shubman Gill and Prithvi Shaw who trained under him are now part of Indian Cricket team.

As per Sports Strategist and Sports Astrologer Hirav Shah, Rahul Dravid’s leadership and modesty and strategy for the team worked wonders !! The essence of strategy is choosing what not to do.

“I will not be surprised if the BCCI will appoint Rahul Dravid as a mentor for the senior team in the second half of 2021. He may offer a bigger role for Indian cricket,” predicts Sports Astrologer Hirav Shah.

Wishing one of the greatest sportsmen of this country, Rahul Dravid a great happy birthday and all the best for his future endeavours.

Is Rahul Dravid - The finest India U-19 coach ever?