Chicago real estate market in 2021 : It is the right time for home investors and remote investors to put their money in Chicago says Real Estate Astrologer HIrav Shah. 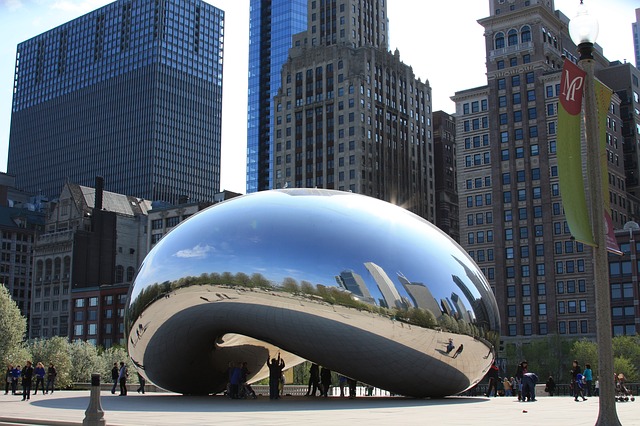 Chicago has had a rather positive growth in terms of real estate thanks to low mortgage and low interest rates, coupled with technological intervention in managing home sale deals. January and February showed optimistic trends for home buyers and many feel the mood will continue throughout 2021.

Real Estate strategist and Real Estate Astrologer Hirav Shah who dabbled in his family real estate business understands the nuances of working in the sector. Given the market tilt towards buyers and analysts predicting upbeat trends for 2021, Hirav Shah says it is the right time for home investors and remote investors to put their monies in Chicago

Chicago is in the elite ‘Gateway’ group of powerhouse US cities, given good cash flow, large economies, influential culture and internationally renowned brand recognition. It boasts a powerful economy like coastal markets such as New York City and Los Angeles. However, many feel Chicago makes for a better choice as it is cleaner than New York and kinder than Los Angeles. Well, surely they are good enough reasons to invest in real estate.

After the hiccups in 2020, the Chicago real estate market is likely to keep rising in 2021 as the demand for housing in metropolitan Chicago exceeds supply. With inventory down to an all-time low, both the city and suburbs are seeing growing demand. Hence, investing in rental property could be a smart move this fiscal year as more Chicago households are renting properties than buying them.

Called the Chicagoland and Windy city, Chicago is the third most populous US city and has the third busiest airport in the United States. It is also centrally located to all sister gateways. Also, it is way more affordable than other prime cities. 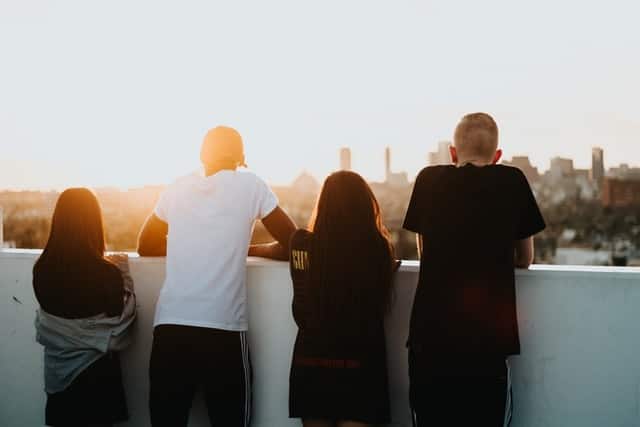 As mentioned above, Chicago is the third largest city in the US. However, the population has slightly declined last year, though there are pockets of growth in regions where the population is rising. Far northwest suburbs like Huntley and Village of Pingree Grove and south-western suburbs near Joliet and Aurora are amongst the fast-growing places in terms of population and total residents. Incidentally, Chicago has a 2.7 million population in the city and more than 9.4 million residents in the metropolitan city.

According to CMAP or Chicago Metropolitan Agency for Planning, the city is expected to have a 10.6 million population by 2050. Per capita income in Chicago is around $40,144. 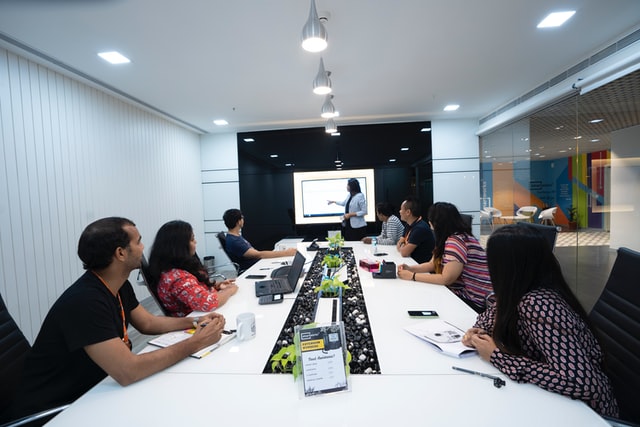 Chicago is a major world financial centre and home to the second largest central business district in the US of A. The employment growth is about 1.14% year-on-year. So, in the next 30 years, employment growth in metropolitan Chicago is expected to be around 5 million, as 2 lakh new jobs will be created. Major industries include business and professional services, food industry, transportation and logistics, life sciences, healthcare, technology and manufacturing. It is also home to good and reputed educational institutions. Chicago is also a major transportation hub and is served by seven interstate highways, two airports and commuter transportation systems. The city also contains several port facilities. 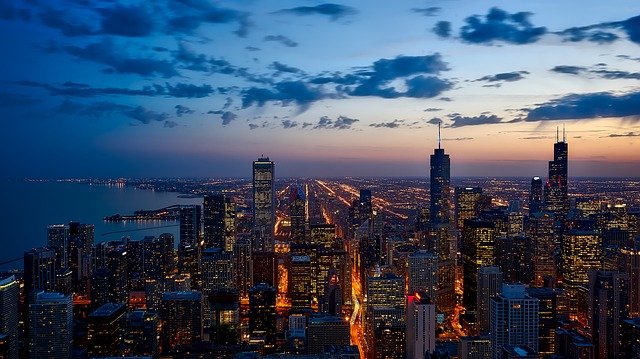 The Chicago real estate market is all set to bounce back in the city and the suburbs and it is the right time to keep a tab on Chicago real estate price trends. There is rising demand for housing in suburban Chicago, though the city neighbourhoods are fast catching up. Inventory has been at an all-time low in 2020, but prices have increased by 14% in many popular neighbourhoods. On an average, home values increased by 6.4% last year and are projected to grow another 10.4% during the next 12 months. And when one looks back, home values in Chicago have increased by 23% in the past five years. One square foot for a home comes at $263 and the price of a single family home is around $270,000.

Shift to becoming a renters’ market in Chicago 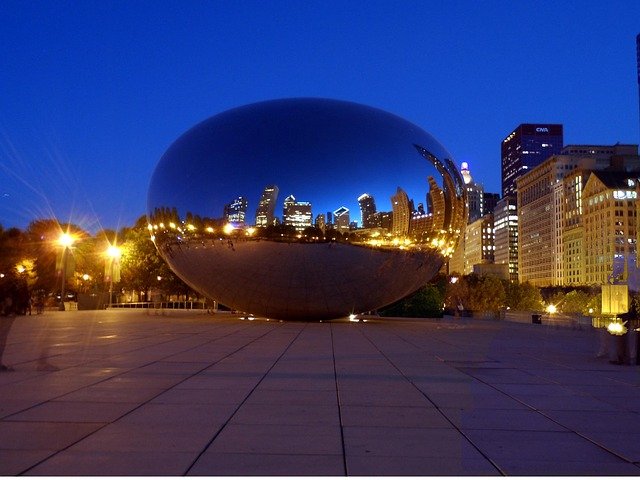 Post pandemic, the home sale prices are rising for the first time in years as the economy rebounds. A look at the Chicago housing market shows that sale transactions have increased by about 20% year-on-year, as like elsewhere in the world, people are looking for more space. This is good news for both local and remote real estate investors. Rents in Chicago have increased 22% yoy and in the past three years, rents in Chicago have seen a growth of nearly 26%. Neighbourhoods such as Auburn Gresham, Pullman and Riverdale are among places that have most affordable rental properties. Similarly, Chicago has expensive rental neighbourhoods such as Near North Side, Loop and South Loop. 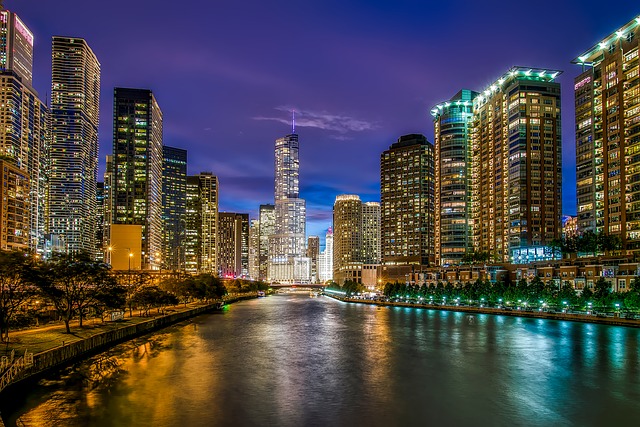 Affordability and price change history are two important factors that rental property investors consider to figure out the demand for rental housing. Various realty firms issue reports to help home investors make informed decisions. House affordability in the Chicago market is mid-range and that explains why a high percentage of people are renting in Chicago.

Quality of life in Chicago 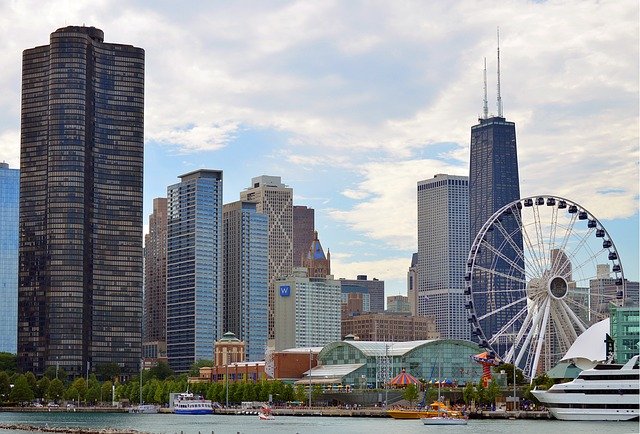 The suburb of Winnetka in Chicago has been ranked the 2nd best US city to live in, which naturally draws investors. Chicagoland offers something for everyone, from renting a loft in Printers Row to living in a single-family house in Naperville or Evanston. Forbes ranked Chicago as one of the best places in the US to do business and for careers. It is 39% less expensive than San Francisco and 52% cheaper than living in New York City. The city has A-grade in terms of family living, diversity and nightlife.

It is considered to be ideal for retirement and outdoor activities. It is also home to several professional sports teams such as Bears, Bulls, Blackhawks, Cubs and White Sox. Most popular suburbs in Chicago include Naperville, Evanston, Oak Park and Hinsdale. 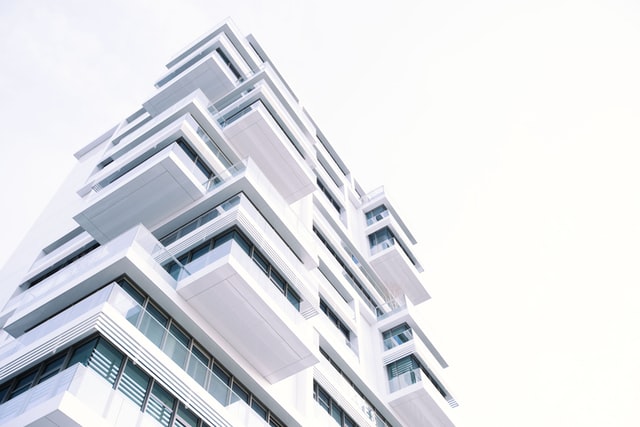 The Chicago housing market is developing as the hottest realty hub in the United States, more so for investing in rental properties. According to research by University of Illinois and Illinois realtors, positive growth seen in January, February and March. The growth rate was estimated at 13.6% in January, while the growth forecast for February was 12.6%. In March, the growth is expected to be 9.5% in March. If the price forecasts turn out to be correct, then home values in Chicago will be higher in the third quarter of 2021.
But the question is, what is likely to happen going forward. Since there is no guarantee as to when the pandemic will end, the real estate forecasts are likely to impact depending on which side of the fence one is – is one a buyer or a seller?

Due to loss of jobs many have become ineligible for a home mortgage and consequently, home owners have taken their properties off the market. But the best part is that the real estate industry is trying to adapt to the new normal by making use of technology. Virtual home tours, e-signing of documents are helping both sellers and buyers. And like the rest of the world, home buyers are trying to snap deals to make the most of historically low interest rates. Similarly, the mortgage rates are also at the lowest and buyers are more eager than ever to get their dream home. For now, Chicago has turned out to be more of a buyers’ market as they have more options and rates being insanely low.

Presently, the inventory is relatively higher and those pondering over buying a house can make the move as buyers will be in a better position to negotiate a deal and get the price they want, at least in most cases. Now is the ideal time when property buyers can invest in properties and let them out.

Five neighbourhoods to buy a house in Chicago, in 2021

According to real estate industry analysts, there has been a significant rise in contracts indicating closures. January 2021 saw a huge growth in contracts, which was the highest in 13 years. The number of houses waiting to be closed has also increased during February and those in the pipeline for future closures have also seen an increase. On the other hand, distressed home sales continued to decline due to foreclosure moratorium. In all, the market is skewed towards buyers and it is an ideal time to invest in the Windy City.

To know the sales timeline of Unsold inventory and estimated revenues for Architects is the new trend in 2021.

11 Steps To Get Into The Real Estate Business