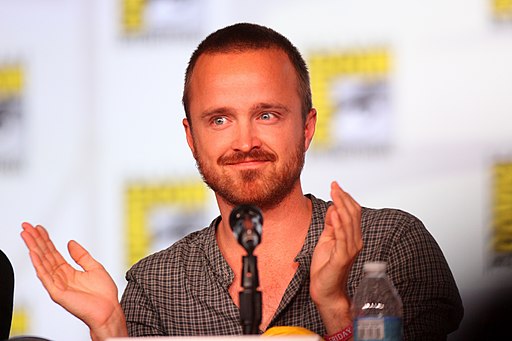 This made him one of only two actors to win the latter category three times (2010, 2012, 2014), since its separation into comedy and drama.[note 1] He has also won the Saturn Award for Best Supporting Actor on Television three times (2009, 2011, 2013), more than any other actor in that category. He reprised the role of Jesse Pinkman six years after the end of the series in the 2019 Netflix film El Camino: A Breaking Bad Movie, earning further critical acclaim.

Paul began his career with roles in several music videos, guest roles in television, and minor roles in films. In 2007, he had a recurring role as Scott Quittman on the HBO series Big Love (2006–2011). Following Breaking Bad, he starred in films such as Need for Speed (2014), Exodus: Gods and Kings (2014), Eye in the Sky (2015), and Central Intelligence (2016). He also voiced Todd Chavez in the Netflix animated series BoJack Horseman (2014–2020), on which he was also an executive producer, and portrayed Eddie Lane in the Hulu drama series The Path (2016–2018) and Caleb Nichols in the HBO science-fiction drama series Westworld (2020).