Birthday Predictions: “Will Edward Norton Deliver Another Cult Classic Like Fight Club in 2021?” 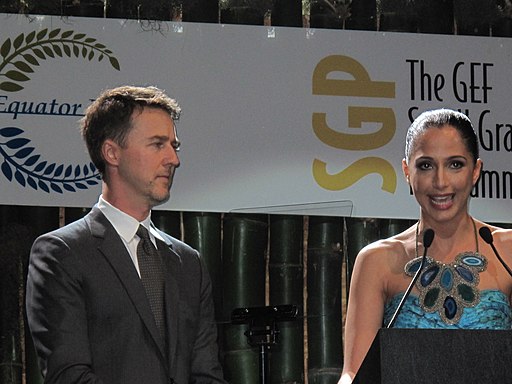 Edward Harrison Norton (born August 18, 1969) is an American actor and filmmaker. He has received numerous awards and nominations, including a Golden Globe Award and three Academy Award nominations.

Born in Boston, Massachusetts, and raised in Columbia, Maryland, Norton was drawn to theatrical productions at local venues as a child. After graduating from Yale College in 1991, he worked for a few months in Japan before moving to New York City to pursue an acting career. He gained immediate recognition and critical acclaim for his debut in Primal Fear (1996), which earned him a Golden Globe for Best Supporting Actor and an Academy Award nomination in the same category. His role as a reformed neo-Nazi in American History X (1998) earned him an Academy Award nomination for Best Actor. He also starred in the film Fight Club (1999), which garnered a cult following.

Despite critical plaudits, Norton has gained notoriety for being difficult to work with, including incidents such as editing the final cuts and rewriting screenplays against the will of other producers. He is discreet about his personal life and has expressed no interest in being a celebrity. Besides acting and filmmaking, he is an environmental activist and social entrepreneur. He is a trustee of Enterprise Community Partners, a non-profit organization that advocates for affordable housing, and serves as president of the American branch of the Maasai Wilderness Conservation Trust. He is also the UN Goodwill Ambassador for Biodiversity. He is married to Canadian film producer Shauna Robertson, with whom he has one child.

Future of Edward Norton in 2021

Edward Norton has entered into the 53rd year of his life, 5+3= 8 ruled by Saturn.

Edward Norton is one of the finest actors in the last few decades but for some unknown reasons he hasn’t been able to deliver those classic films like he used to do in the 90s or early 2000s. His fans desperately want him to deliver something as good as Fight Club.

Birthday Predictions: "Will Jason Momoa's Aquaman: The Lost Kingdom be The Biggest Hit Of DC Films in 2021-22?"

How To Invest In Digital Gold : Know Risks, Benefits Of Buying Online Gold.