Birthday Predictions: “Will The Single ‘Fan de Tus Fotos’ With Nicky Jam Be Romeo Santos’ Biggest Hit Ever in 2021?” 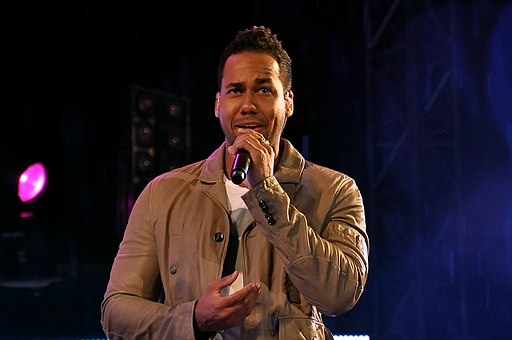 Anthony Romeo Santos (born July 21, 1981), is an American singer, songwriter, actor, and record producer. He is best known as the lead member and vocalist of the bachata group Aventura. In 2002, the song “Obsesión” reached number one in Italy for 16 consecutive weeks. He released several albums with Aventura before the group broke up. Since then, Santos has embarked on a solo career which has spawned seven number one songs on the Hot Latin Songs chart and sixteen number one on the Tropical Songs chart.

Santos was born in 1981 in The Bronx, New York City, to a Dominican father and a Puerto Rican mother. He had a humble upbringing, with his father working in construction and his mother staying at home to take care of the family.

Santos began his career by singing in a church choir at a young age. Romeo was exposed to Latin genres of music at a young age due to his parents.

His first film appearance was on the 2007 Dominican film “Sanky Panky” as himself alongside his fellow band members from Aventura performing live at Altos de Chavón in the Dominican Republic. Romeo Santos made his Hollywood debut in the film Furious 7, released April 2015, alongside Vin Diesel, Dwayne Johnson, and Paul Walker. He was nervous about acting in Furious 7 but the cast made him feel welcomed.

Santos was also the voice of the cartoon character Early Bird in the 2016 film The Angry Birds Movie.

He sang “Quiero Ser Tu Amigo”, a song about friendship, on an episode of Sesame Street in 2013.

Romeo Santos has entered the 41st year of his life. 4+1= 5 which is ruled by Mercury.