What will Ankita Lokhande’s Life Be Like after Sushant Singh Rajput? 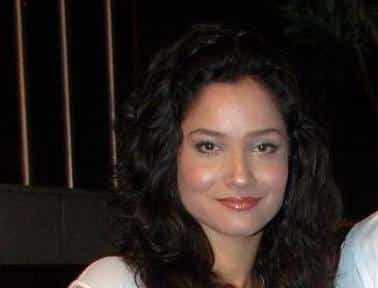 Ankita Lokhande (born 19 December 1984) is an Indian actress who earned fame with her debut award-winning role in Balaji Telefilms’ daily show Pavitra Rishta on Zee TV. She was one of the highest-paid television actors until she retired in 2018 to foray into films.

In 2019, Lokhande began her film career as Jhalkaribai in the historical period movie Manikarnika: The Queen of Jhansi. She then appeared in the 2020 action thriller Baaghi 3, which was directed by Ahmed Khan.

Lokhande co-starred with Sushant Singh Rajput in Pavitra Rishta, and they began dating in 2010, parting ways in 2016.

In 2019, she announced a relationship with Vicky Jain, a businessman.

For the past few months, Ankita has been in the limelight for raising concern about Sushant Singh Rajput’s death and the surrounding factors. Both Ankita and Vicky continue to organize and take part in remembrance events being conducted for Sushant till now.

Future of Ankita Lokhande in 2021

Ankita Lokhande’s Zodiac sign is Sagittarius and is ruled by Jupiter.

Movie Astrologer Hirav Shah predicts, “2021 will be a problem solving year for Ankita Lokhande. 2021 will also bring lots of opportunities for her.”

Hirav Shah adds, “Ankita’s fight in Justice for Sushant will be crucial. And she will receive some backlash for her opinions. But eventually, she will become a better person and her love life with Vicky Jain will be blissful. Career-wise new avenues will be explored by her.”