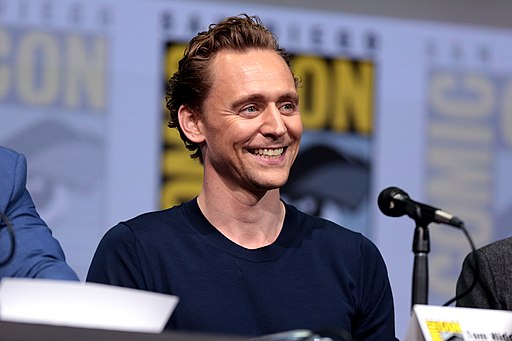 Thomas William Hiddleston (born 9 February 1981) is an English actor. He is the recipient of several accolades, including a Golden Globe Award and a Laurence Olivier Award, and has been nominated for two Primetime Emmy Awards and for a Tony Award.

Hiddleston earned a double first in Classics at the University of Cambridge and later proceeded to study acting at the Royal Academy of Dramatic Art. At the beginning of his career, he appeared in West End productions of Cymbeline (2007) and Ivanov (2008). He won the Olivier Award for Best Newcomer in a Play for his role in Cymbeline and was also nominated for the same award for his role as Cassio in Othello (2008). Hiddleston starred as the title character in a production of Coriolanus (2013–14) winning the Evening Standard Theatre Award for Best Actor and receiving a nomination for the Olivier Award for Best Actor. He made his Broadway debut in a 2019 revival of Betrayal, for which he is nominated for the Tony Award for Best Actor in a Play.

In 2011, he won the Empire Award for Best Male Newcomer and was nominated for the BAFTA Rising Star Award. He has also appeared in Steven Spielberg’s War Horse (2011), The Deep Blue Sea (2011), Woody Allen’s romantic comedy Midnight in Paris (2011), the 2012 BBC series Henry IV and Henry V, and the romantic vampire film Only Lovers Left Alive (2013). In 2015, he starred in Guillermo del Toro’s Crimson Peak, Ben Wheatley’s High Rise, and played the troubled country music singer Hank Williams in the biopic I Saw The Light. The film Kong: Skull Island (2017) marked his first big-budget leading role outside MCU.

He starred in and was an executive producer of the AMC / BBC limited series The Night Manager (2016), for which he received two Primetime Emmy Award nominations for Outstanding Lead Actor in a Limited Series or Movie and Outstanding Limited Series, and won his first Golden Globe Award for Best Actor – Miniseries or Television Film.

Future of Tom Hiddleston in 2021

Tom Hiddleston is entering the 41st year of his life, 4+1= 5 which is ruled by Mercury.

Tom Hiddleston’s zodiac sign is Aquarius and is ruled by Saturn.

“2021 will be a one of the best turning years for Tom. Career-wise, he will bag some very interesting projects but his fans would love to see him as Loki once again,” says Hollywood Astrologer Hirav Shah.

Hollywood Astrologer Hirav Shah’s Advice – take stock of life in order to prepare for more exciting years to come, examine the past and plan for the future, get in touch with the deepest needs and uncover personal power, don’t strain or actively try to expand.”

Home » Celebrity-Horoscope » Will Tom Hiddleston Make His Comeback as Loki in 2021?