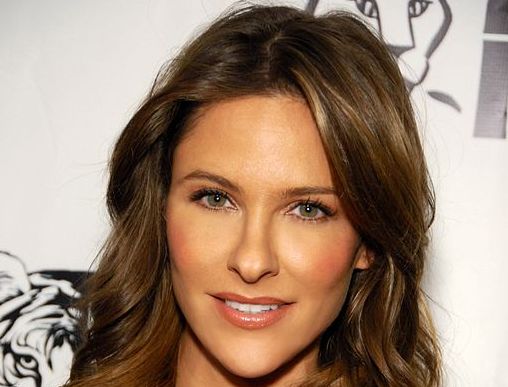 Jill Suzanne Wagner (born January 13, 1979) is an American actress, television personality, and model. She was a co-host for the ABC game show Wipeout from 2008 to 2014. Since 2015, Wagner has starred in several movies for the Hallmark Channels.

After completing college, Wagner moved to California to further her modeling career. In 2003 she was selected as a cast member on the MTV series Punk’d, participating in about a dozen sketches.

Wagner appeared in Stuff magazine following her appearances in Punk’d. Wagner was ranked #90 on the Maxim Hot 100 Women of 2004. She was featured in the July 2006 issue of American FHM magazine.

Wagner was featured as the Ford Motor Company’s Mercury brand spokesmodel in television ads from 2005 to 2011. In 2006 she co-starred in the Spike TV television series Blade: The Series as Krista Starr. She is a co-host of Inside the Vault on WGN America. Wagner has also had guest roles on a variety of television series including Quintuplets and Bones. Her theatrical film roles include an appearance in Junebug and a co-lead role in the horror film Splinter in 2008.

In January 2007, Wagner stated that she had been interviewed about the possibility of portraying Wonder Woman in the upcoming movie version, saying, “I met with the guys over at Silver pictures about some things, and Wonder Woman was one of them.”

In March 2008, it was announced Wagner would be the co-host for the ABC summer reality series Wipeout which premiered June 24, 2008. In April 2011, Wagner announced that she was leaving Wipeout after four seasons to focus on her career; she was succeeded by Vanessa Minnillo for the series’ fifth season. In late August 2012, it was announced that Wagner would return to co-host Wipeout for its sixth season, a role she continued throughout the rest of the series’ run.

In June 2011, Wagner appeared on the new show Teen Wolf, airing on MTV. In 2013, Wagner appeared on Rhett and Link’s third episode of their YouTube series The Mythical Show; this was in response to an episode of their talk show Good Mythical Morning, where they mentioned they had gone to college with a girl who had caught their interest but never had the courage to talk to, who was revealed to be Jill Wagner.

In 2015, Wagner was tapped to host an original series, Handcrafted America on INSP; the series began its third season in August 2017. In late 2015, Wagner was cast in the Canadian film Braven. The film was released on February 2, 2018. Since 2015, she has been seen in various Hallmark Channel original television films. In 2019 she began playing the role of “murder mystery” literature professor Amy Winslow on the Mystery 101 movie series on the Hallmark Movies & Mysteries Channel.

Jill’s zodiac sign is Capricorn and is ruled by Saturn.

Celebrated Business Astrologer™ Hirav Shah predicts, “The birth of a baby girl last year will bring happiness in Jill’s life. Her personal relationship with her husband David Lemanowicz will be blissful. Career-wise she will take it slowly before making a huge splash with a big-budget Hollywood movie.”

Home » Celebrity-Horoscope » What Mystery Does the year 2021 Hold for Jill Wagner?