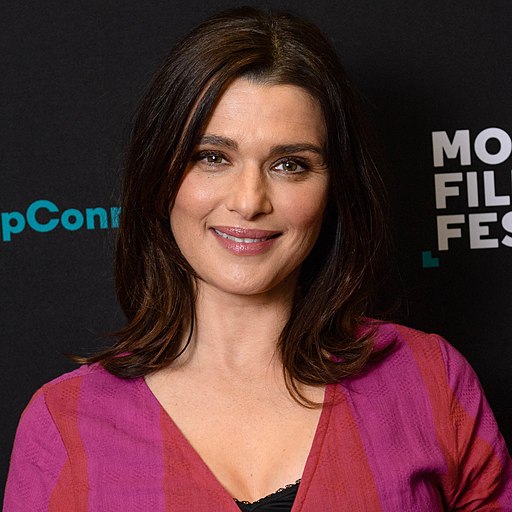 Rachel Hannah Weisz, born 7 March 1970, is a British-American actress. She is the recipient of several accolades, including an Academy Award, a Golden Globe Award, Laurence Olivier Award, and a British Academy Film Award.

Rachel Weisz began acting on the British stage and television in the early 1990s and made her film debut in Death Machine (1994). She won a Critics’ Circle Theatre Award for her role in the 1994 revival of Noël Coward’s play Design for Living and she went on to appear in the 1999 Donmar Warehouse production of Tennessee Williams’ drama Suddenly, Last Summer. Her film breakthrough came with her starring role as Evelyn Carnahan in the Hollywood action films The Mummy (1999) and The Mummy Returns (2001). Weisz went on to star in several films of the 2000s, including Enemy at the Gates (2001), About a Boy (2002), Constantine (2005), The Fountain (2006), and The Lovely Bones (2009).

For her performance as a murdered activist in the 2005 thriller The Constant Gardener, she won the Academy Award for Best Supporting Actress, and for playing Blanche DuBois in a 2009 revival of A Streetcar Named Desire, she won the Laurence Olivier Award for Best Actress. In the 2010s, Weisz continued to star in big-budget films such as the action film The Bourne Legacy (2012) and the fantasy film Oz the Great and Powerful (2013) and garnered critical acclaim for her performances in the independent films The Deep Blue Sea (2011) and The Favourite (2018). For her portrayal of Sarah Churchill in the latter, she won the BAFTA Award for Best Actress in a Supporting Role and received a second Academy Award nomination.

Weisz was engaged to filmmaker Darren Aronofsky from 2005 to 2010. She married actor Daniel Craig in 2011 and became a naturalized US citizen the same year.

Future of Rachel Weisz in 2021

“2021 is a year of relative contentment. It’s a time when love is the easiest to attract, and partnerships formed under this vibration have a better chance for longevity. She will be especially able to attract others–and material things as well–this year. This is a good year for establishing harmony in the family and in the home,” says noted Celebrity Astrologer Hirav Shah.

Hirav Shah adds, “Career-wise she is making a comeback with Black Widow but her fans want to see her in a leading role. Black Widow will get her accolades and she should use this opportunity to bag some author-backed roles. It’s time she should win another Academy Award.”

Hirav Shah’s advice – develop existing relationships, be positive and receptive because these kinds of energies help to attract what her heart desires.

10 Dos and Don't s of A Real Estate Partnership