Birthday Predictions: “Is There Anything Still Left For Tom Hanks to Achieve in 2021?” 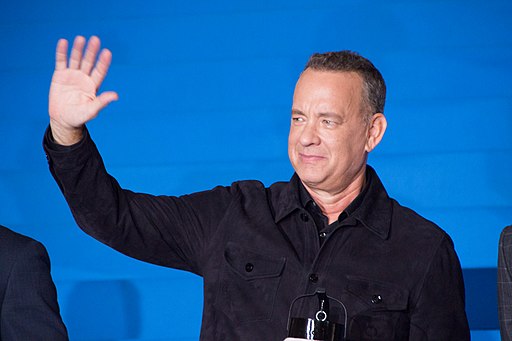 Thomas Jeffrey Hanks (born July 9, 1956) is an American actor and filmmaker. Known for both his comedic and dramatic roles, he is one of the most popular and recognizable film stars worldwide and is regarded as an American cultural icon. Hanks’s films have grossed more than $4.9 billion in North America and more than $9.96 billion worldwide, making him the fourth-highest-grossing actor in North America.

Hanks made his breakthrough with leading roles in a series of comedy films that received positive media attention, such as Splash (1984), Bachelor Party (1984), Big (1988), and A League of Their Own (1992). He won two consecutive Academy Awards for Best Actor for starring as a gay lawyer suffering from AIDS in Philadelphia (1993) and the title character in Forrest Gump (1994).

Hanks’s accolades include two Academy Awards out of six nominations. Hanks has also won 7 Primetime Emmy Awards for his work as a producer of various limited series and television movies, including From the Earth to the Moon, Band of Brothers, John Adams, and The Pacific. In 2013, he received a Tony Award nomination for Best Actor in a Play for his performance in Nora Ephron’s Lucky Guy.

He received the AFI Life Achievement Award in 2002. He received the Stanley Kubrick Britannia Award for Excellence in Film from the British Academy of Film and Television Arts in 2004. In 2014, he received a Kennedy Center Honor, and in 2016, he received a Presidential Medal of Freedom from President Barack Obama, as well as the French Legion of Honor. In 2020, he received the Golden Globe Cecil B. DeMille Award.

“Many would say, there’s nothing left more to achieve for Tom Hanks in this life. But to the king of fighters Tom hanks is, life is always full of challenges and there’s still a lot more to achieve and break new grounds. Tom has three films coming up, Flinch, Elvis, and Pinocchio. Tom Hanks’ performance will be largely appreciated though a film or two might not be commercially successful. It is a golden time in 2021-22 for Tom Hanks to explore new avenues including a career in Bollywood as the Indian audience just loves him. In 2021, he also needs to take care of his life. He will be involved in philanthropy this year which will give him mental peace,” says celebrated Hollywood Astrologer cum Astro Strategist™ Hirav Shah.

Home » Predictions » Entertainment » Birthday Predictions: “Is There Anything Still Left For Tom Hanks to Achieve in 2021?”