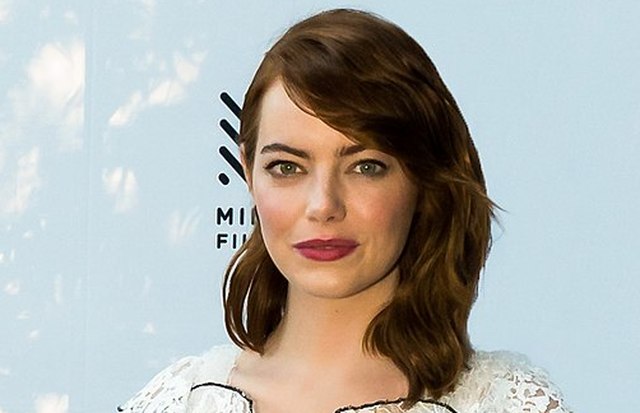 33rd year will bring top of the game for EMMA in 2021, Predicts Hirav Shah.

Stone gained her earliest acting experience performing with the Valley Youth Theatre in Phoenix. Her first role came in 2005 when she landed the part of Laurie Partridge in The New Partridge Family, a pilot for a proposed television series. More TV roles followed, and in 2007 Stone made her film debut acting with Jonah Hill and Michael Cera in the teen comedy Superbad. Stone continued to appear in similar movies, of which the most notable was the horror-comedy Zombieland (2009). The following year Stone achieved her first starring role, in the teen comedy Easy A (2010), as a high school girl who pretends to have slept with a gay friend and various other social outcasts in order to give them a patina of coolness. The movie proved to be her breakthrough.

Stone appeared with Ryan Gosling in the well-received romantic comedy Crazy, Stupid, Love. (2011) and then was cast in the role of Skeeter, the aspiring author who interviews African American housemaids (played by Viola Davis and Octavia Spencer) about their experiences working for white families in Tate Taylor’s The Help—her first experience outside comedy. Stone then played Peter Parker’s girlfriend, Gwen Stacy, in the superhero movies The Amazing Spider-Man (2012) and The Amazing Spider-Man 2 (2014), and she took another turn as Gosling’s love interest in the widely panned crime flick Gangster Squad (2013). She also co-starred with Colin Firth in Woody Allen’s romantic comedy Magic in the Moonlight (2014).

Stone was nominated for an Academy Award for best-supporting actress for her performance as the emotionally unstable daughter of the lead character, played by Michael Keaton, in Birdman or (The Unexpected Virtue of Ignorance) (2014). It was her 2014 Broadway debut in the part of Sally Bowles in Cabaret, however, that caught the eye of director Damien Chazelle. He cast her as the aspiring actress Mia, whose bittersweet romance with jazz pianist Sebastian (Gosling) forms the plotline in the movie musical La La Land (2016). Stone’s mesmerizing performance brought her a BAFTA Award, a Golden Globe Award, and the Oscar for best actress in a leading role.

In 2017 Stone starred in Battle of the Sexes as tennis champion Billie Jean King in the 1973 match against Bobby Riggs (Steve Carell). She then re teamed with her Superbad cast Jonah Hill in the TV miniseries Maniac (2018), in which they portrayed two strangers who partake in a pharmaceutical trial that promises to end their troubles. That same year Stone starred alongside Rachel Weisz in the dark period romp The Favourite; they played cousins competing for the favor of Queen Anne (Olivia Colman). For her performance, Stone received her third Oscar nomination. She then reprised her role from Zombieland for the 2019 sequel.

Hirav Shah says, Number 6 people are very sensitive and inspiring and also possess a great sense of the arts, born artistic talent and are able to fine-tune her emotional life.

So 33rd year will bring top of the game for EMMA in 2021, Predicts HIrav Shah.

“2021 is a year of work and development. It’s “nose to the grindstone” time. It’s a time to pay special attention to practical matters, and it’s not a time to be lazy or especially gregarious. However, it can be a wonderful year for building, development, and laying a solid foundation for future successes. Advice – get yourself organized, work to build your resources, keep busy.”

Wishing the very ravishing and talented Emma Stone a very Happy Birthday and hoping that you will achieve amazing heights in your life and career.

Quality policy in Health, Pharma and Medical Industry is the strategic gain.

4 Effective Ways to Network In The Pharma Sector