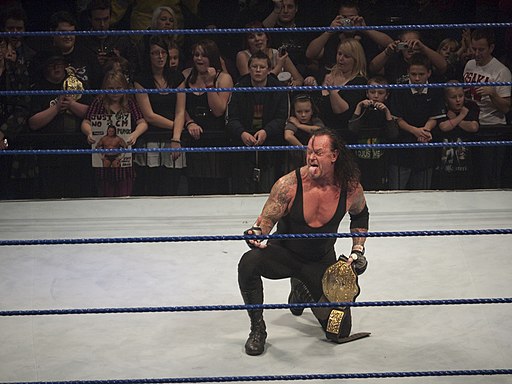 The Undertaker is WWE’S and wrestling world’s most enigmatic, famous and enduring character, who is known for his undead, funereal, macabre persona.

Mark William Calaway better known as The Undertaker, is an iconic American retired professional wrestler who is also regarded as one of the greatest professional wrestlers of all time, who spent a massive majority of his career wrestling for WWF/E, and is widely known for his critically acclaimed iconic “Deadman” Undertaker gimmick.

In 1987, Calaway began his wrestling career working under various gimmicks for World Class Championship Wrestling (WCCW) and other affiliate promotions. Rest as we say is “History”.

The Undertaker had won the Wrestling Observer Newsletter award for Best Gimmick, a record-setting 5 consecutive years.

The Undertaker is also the longest-tenured wrestler in company history at 30 years.

For the better part of his illustrious wrestling career, The Undertaker was observed as a focal point of WWE’s flagship annual event, WrestleMania, where he became esteemed for a series of 21 straight victories, also called “The Streak”.

The Undertaker was married to his first wife Jodi Lynn between 1989 and 1999; they were blessed with a son, Gunner Vincent Calaway, who was born in 1993. In 2000, The Undertaker married his second wife, Sara Frank.

You may focus on socializing more with your fans. Your mind sometimes needs to rest, so focus on that too…

Mark William Calaway also known as The Undertaker is very much alive and he will soon begin to tour the world.

What is Undertaker scared off?

It’s interesting to note that The Undertaker is scared of only sliced cucumbers and nothing else in the world.

What is the salary of Undertaker?

The Undertaker has retired but still earns around $2.5 million annually.

Has Undertaker retired from WWE?

The Undertaker bid goodbye to WWE in Survivor Series 2020-exactly 30 years after his debut.

Home » Predictions » Sports » Wrestler Undertaker Horoscope Analysis: Will 2022 Be A Favorable Year For The Undertaker !

Should Randy Orton Shift His Career to Hollywood in 2021?

Bajrang Punia Horoscope Analysis: Will 2022 Be A Winning Year For Bajrang!

Weekly Horoscope From March 28 to April 3, 2022 for ENTREPRENEURS by Business Astrologer™ Hirav Shah.