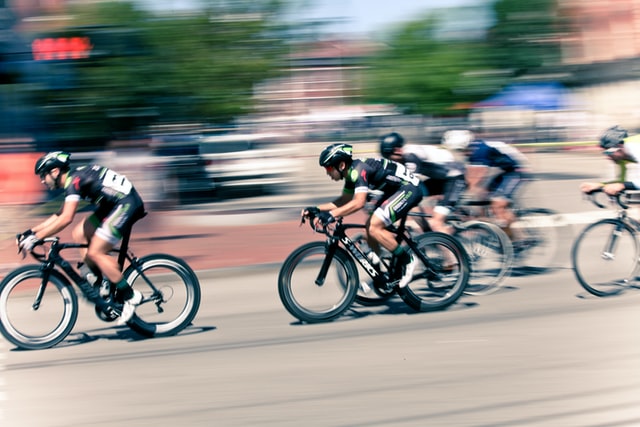 In the digital age, it is not surprising that esports are now being considered sports. While the traditional sports hold sway over world masses, it is Gen Z and Gen Alpha that are the new consumers of e-sports. On the global platform, both traditional and e-sports rake in hell lot of money and this is what makes ever-expanding sports industry super exciting

In today’s time and age, it is crucial to define a term before understanding it in depth. With new avenues throwing up out of the blue and with technology and e-sport becoming part of the sporting jargon, it is very important to understand the term sport to begin with.

Dictionary.com defines sport ‘as an athletic activity requiring skill or physical prowess.” In fact, it also specifies or mentions, racing baseball, tennis, golf bowling, wrestling, hunting and fishing as sports. But this definition rather narrows down the scope of sports. However, hunters too bill themselves as sportsmen and there are televised fishing competitions.

On the other hand, Oxford dictionary defines sport as ‘an activity involving physical exertion and skill in which an individual or a team competes against another or others for entertainment.’ This more or less precisely defines modern-day sport.
The number of exclusive sports channels shows the popularity of various sports, big and small, world over. In an era of e-sports, e-sports too compete for a place among traditional and conventional sports as it involves exertion of the brain and these ‘sports persons’ claim that the sports need fast reflexes and dexterity in operating the controller. Going by the Oxford dictionary, it fills the definition of being competitive and millions of people being entertained. They liken themselves to formula racing drivers, as both activities involve skill and dexterity. “Skill, quick movement and perfect timing are crucial for any sport. It’s these qualities that make a sport entertaining and competitive. And that’s how big bucks come in,” says Hirav Shah, who is a business development consultant, Sports Astrologer and Sports Industry Expert.

The popularity of televised sports has also led to the invention of sports like ‘American Ninja warrior’, which involves tremendous athletic skill and exertion. To top it all, it is competitive.

The way Gen Z and Gen Alpha would perceive a sport is surely different from what their forefathers considered a sport. To put it in short, sport is a rather diversified concept in present times. But the big games like World Cup, European football league, Olympics, NBA, various tennis opens, formula one racing events keep the world involved and entertained for days on stretch during the sporting season. In India, with the advent of IPL or Indian Premier League, the gentleman’s game has picked up pace and has become an advertiser’s delight. Now we have yet another popular league, the kabaddi league and football league which hasn’t taken off in a big way as yet.

1) What defines the sport industry?

Sport industry can be defined as an industry in which people, activities, business and organizations are involved in producing, facilitating, promoting or organizing any activity, experience, or business enterprise focused on sports, says Business Strategist Hirav Shah. It is the market in which businesses or products offered to its buyers are sports related, and could be goods, services, people, places or ideas.

2) What are the important sports in the United States?

The major industries related to sports are the professional leagues that most of the other industries in the sporting world revolve around. The major American sports leagues are the first five in the list following and include football, basketball, hockey, baseball and soccer. Most players in these leagues make money from the team they’re on as well as sponsors, but are among some of the top earners in the United States.

There are many retailers out there including online and in-person that offer a plethora of these products or merchandise. Many of these businesses have professional athletes that endorse them, securing them fans and buyers alike.

4) Sport is a passion. How is travelling for sport impacted and what are the businesses associated with stadiums?

Big sports are played in giant arenas or stadiums that people travel to from all over the world. People will cross the globe to see their favourite team play and some signature arenas can get fans there even if the team isn’t having the best season.

5) Sports medicine is a huge branch in itself, how does that function?

Athletes all over try to get an edge on the competition in any way possible. Over time, companies have developed supplements that allow these athletes to train harder, stronger and longer.
Combining these supplements with the right workout regime and diet can lead to better overall results for any athlete at any level of competition. While supplements are the former when it comes to sports training, sports medicine tends to be the latter. When an injury deals a great blow to an athlete they look to some of the world’s best doctors who have a history of dealing with similar problems to help them overcome their damage.

6) Sports memorabilia is another part of the sports industry. What are the ways in which fans are enticed to buy these products?

Sports memorabilia takes many forms from signed clothing to trading cards. Fans take much pride in owning something their favourite athlete once used or signed and there are a plethora of hole in the wall hobby shops that have items like these for sale. Many of these hobby shops also host meet and greets for fans to meet their favourite players.

7) Whatever is the industry, marketing is an integral part of its operations and sports industry is no different…

● Sports marketing is being highly influenced by changes in technology stirred by social media. As sports clubs, franchises and professional athletes leverage on technology tied to social media networks and platforms to boost their marketing efforts and engage with fans, the impact is felt in sports marketing economics.
● Digital mobile games, digital video content, fan-created contents using league footage, fantasy sports games, and other sports-themed digital media is on the rise. Sports marketing in its digital format is almost present everywhere in major sports brands from club to retailer.
● Compared to the 1990s, sports marketing has not only changed from static to digital, but in terms of economic impact it has seen exponential growth. The availability to use stats in almost real-time has also impacted sports marketing in the sports gambling industry. Bookmakers are now able to market using an occurrence from a few minutes or even seconds ago.

In the US, it is currently illegal to indulge in online sports betting within the US, barring Nevada. However, one can go to an offshore site and do betting based on the jurisdiction of the state.
Sports betting, or the act of gambling money on a sports game is extremely popular in all countries as mentioned above. The entire market was valued at 12.5 Billion US dollars in 2019, with a projected growth of 17.5 Billion US dollars by 2025.

9) Is sports betting legal in India?

Betting in ‘game of skill’ is legal in India. Fantasy sports betting is legal because it is a game of skill.
Betting or gambling is illegal in most of India. But there is no law that makes online betting an illegal activity. The Indian Premier League (IPL) tops the lists and some websites have even hooked up with offshore betting agencies, thereby allowing Indians to place online bets.

10) What is the sports industry worth?

11) What are the highly searched sports?

12) What is the number one sport in the world?

Soccer is the world’s most popular sport. It is played by more than 20 million people in more than 140 countries.

13) What are the most popular sports in the world?

■ American Football. While the NFL may not have broken out into international markets, in the United States football is the top sport with millions of fans across the country.
■ Basketball. From a humble start, it has spread to global obsession.
■ Tennis
■ Cricket
■ Soccer.

14) What is the fastest growing sport in the world?

Padel is a racquet sport. It is different from the sport known in the US and Canada as paddle tennis. Padel is typically played in doubles on an enclosed court roughly 25% smaller than the size of a tennis court. Scoring is the same as normal tennis and the balls used are similar but with a little less pressure.

15) Which sport makes the most money?

It is not surprising that basketball is the world’s highest paid sport. As well as earning millions per year in salary, the NBA’s best basketball players earn a huge amount of money from their various endorsements and sponsorships, more so than any other sport.

Home » Predictions » Sports » The Future of the Sports Industry

Aroldis Chapman Horoscope Analysis: Will 2022 Be A Winning Year For Aroldis!