Birthday Predictions: “Will China Dominate The World in 2021 Under The Leadership of Xi Jinping?” 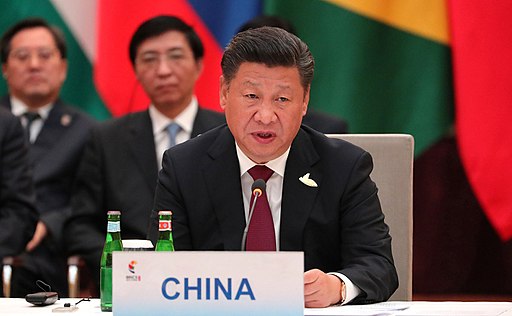 Xi Jinping, born 15 June 1953, is a Chinese politician who has served as General Secretary of the Chinese Communist Party (CCP) and Chairman of the Central Military Commission (CMC) since 2012, and President of the People’s Republic of China (PRC) since 2013. Xi has been the paramount leader of China, the most prominent political leader in China, since 2012.

The son of Chinese Communist veteran Xi Zhongxun, he was exiled to rural Yanchuan County as a teenager following his father’s purge during the Cultural Revolution and lived in a cave in the village of Liangjiahe, where he joined the CCP and worked as the party secretary. After studying chemical engineering at Tsinghua University as a “Worker-Peasant-Soldier student”, Xi rose through the ranks politically in China’s coastal provinces.

Xi was governor of Fujian from 1999 to 2002, before becoming Governor and Party Secretary of neighbouring Zhejiang from 2002 to 2007. Following the dismissal of the Party Secretary of Shanghai, Chen Liangyu, Xi was transferred to replace him for a brief period in 2007. He subsequently joined the Politburo Standing Committee and served as the first secretary of the Central Secretariat in October 2007.

In 2008 he was designated as Hu Jintao’s presumed successor as a paramount leader; to that end, Xi was appointed Vice President of the People’s Republic of China and Vice Chairman of the Central Military Commission. He officially received the title of “leadership core” from the Chinese Communist Party (CCP) in 2016. Xi has also been a member of the 17th, 18th, 19th CCP Politburo Standing Committee since 2007. In 2018, he abolished presidential term limits.

Xi is the first CCP General Secretary born after the establishment of the People’s Republic of China. Since assuming power, Xi has introduced far-ranging measures to enforce party discipline and to impose internal unity. His anti-corruption campaign has led to the downfall of prominent incumbent and retired Communist Party officials, including members of the Politburo Standing Committee.

He has also enacted or promoted a more assertive foreign policy, particularly with regard to China-Japan relations, China’s claims in the South China Sea, and its advocacy for free trade and globalization. He has sought to expand China’s African and Eurasian influence through the Belt and Road Initiative.

As the central figure of the fifth generation of leadership of the People’s Republic, Xi has significantly centralised institutional power by taking on a wide range of leadership positions, including chairing the newly formed CCP National Security Commission, as well as new steering committees on economic and social reforms, military restructuring and modernization, and the internet.

Xi’s political thoughts have been incorporated into the party and state constitutions. He has often been described as a dictator or an authoritarian leader by political and academic observers, citing an increase of censorship and mass surveillance, a deterioration in human rights, the cult of personality developing around him, and the removal of term limits for the leadership under his tenure.

“The Communist Party of China (CPC) under Xi Jinping has launched a plan to dominate the world. To test the waters, the world’s only Communist empire deliberately or by error unleashed a powerful bioweapon on an unsuspecting world last year—the novel coronavirus. China will have to face a tough time till early 2022, but the country will manage and come out from all obstacles. The Chinese government will take health issues seriously. India’s relations with China might get better if PM Modi and Xi Jinping sit and sort out the issues amicably,” says noted Astro Strategist™ cum Political Astrologer Hirav Shah.