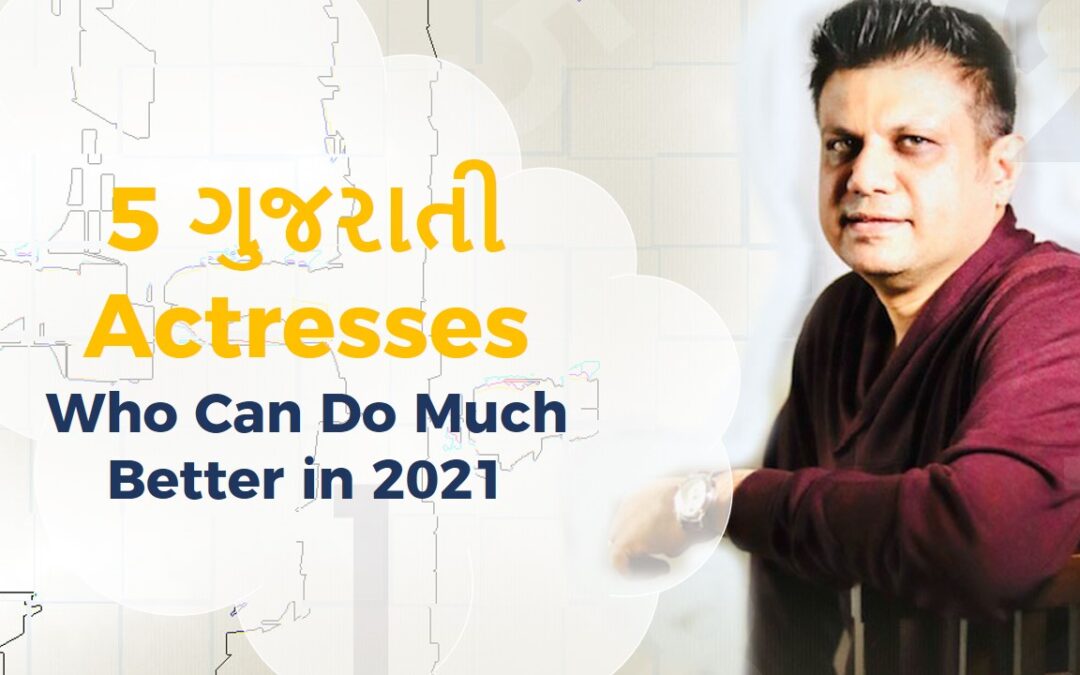 Film industries all over the world have seen women who have made a mark, not only for their striking beauty, but also because of their confidence, style and substance. These actresses have been dreamers, activists, pioneers, and achievers.

On that note, Film Industry’s favourite Astro-Strategist Hirav Shah picks 5 Gujarati actresses who are achievers already, but can achieve much more in the future…

Past : Prachi Desai started her television career as lead protagonist in the successful TV drama Kasam Se on Zee TV. She had become a tv sensation, then.

She made her Bollywood debut in the 2008 film Rock On and it became a big hit when it was released.

She again played the wife of Farhan Akhtar in Rock On 2, a sequel to Rock On!!.

Future : Desai returned back to the silver screen after almost 4 years with Zee 5 film Silence…Can You Hear It? It was released on 26 March 2021, also starring Manoj Bajpai, Arjun Mathur, Sahil Vaid, and Vaquar Sheikh.

She will be acting in Kosha – A dark urban tale fantasy starring her in the lead role.

She definitely is doing well but if she chooses the right project, she can do even better than what she is doing now. 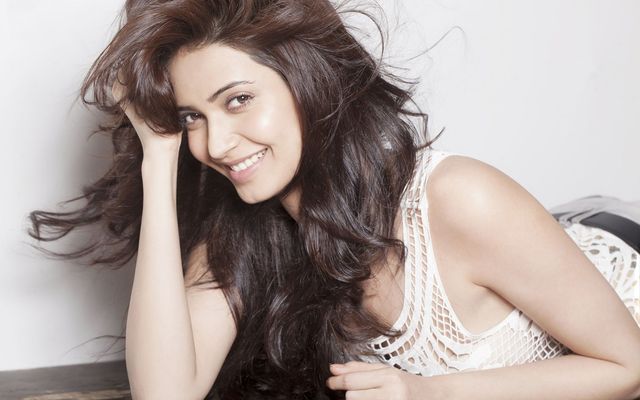 Past: Karishma Tanna made her debut with Kyunki Saas Bhi Kabhi Bahu Thi in 2001.
Tanna made her film debut as Nandini Thapar in Bollywood industry with Suneel Darshan’s Dosti: Friends Forever (2006).

She was a contestant and first runner-up in the reality show Bigg Boss in 2014. She also appeared in other reality shows like Zara Nachke Dikha (2008), Nach Baliye (2015) and Jhalak Dikhhla Jaa (2016).

Present: In June 2018, she featured in Rajkumar Hirani’s biopic of Sanjay Dutt titled Sanju. The same year she entered the digital world with ALT Balaji’s web series Karrle Tu Bhi Mohabbat as Zoya Hussain. She has been very active in the music video scene and Ad world.

Future: She won Khatron Ke Khiladi -Season 10 last year and this year, she is all set for the release of a web series namely ‘Bullets’ at MX-Player. She also has a couple of good offers from Bollywood but she needs to choose her roles carefully.

Past: In 1995, Purbi got her first break in the television show Faasle.

Purbi started her career as a model in commercials for brands like Happy Dent chewing gum, Nirma Washing Powder and Thompson Television. She played the lead role in Doordarshan TV series Dishayein. She did the double role of twin sisters.

In 2008, she participated in Mr. & Miss TV, a celebrity talent competition which she won and was declared “Miss TV”.

She made her major movie debut role in 2011 as the lead actress in Damadamm! on the big screen opposite Himesh Reshammiya,also lending her voice to the song, “Umrao Jaan” in the movie.

Present : She is most well known for her association with the Comedy Circus. Purbi hosted several seasons of Comedy Circus and performed as a member of the principal cast. Purbi was also a part of MTV India’s first spoof film of the Bollywood franchise Dhoom in the television movie, Ghoom.

Future: Purbi Joshi will be seen next, in Metro Park Season 2. She also has a string of interesting characters lined up for her. She needs to focus on good roles and characters.

Past: Daisy Shah worked as an assistant to choreographer Ganesh Acharya in films like Zameen and Khakee and later started modelling, doing photo shoots and print ads.

Kannada director Harsha approached her for the film Chingari. She played Ammu in the Kannada version of Bodyguard. She then shot for two item songs in the Kannada film Bachchan and the Hindi film Bloody Isshq.

She also did an item song (“Neeli Lugadi”) in the Hindi film Khuda Kasam, starring Sunny Deol and Tabu.

Present :Daisy Shah’s first breakthrough came when she was selected to play the lead role in the 2011 Kannada film Bhadra. She then appeared opposite Salman Khan in the 2014 Bollywood film Jai Ho. In 2015, she was a part of Hate Story 3. Her last Bollywood film in a lead role was Race 3.

Future: Daisy has 2 films to be released on the OTT in 2021 . They are Bulbul Marriage Hall and See You in Court. There are also more meaty offers waiting for Daisy Shah from the web world. 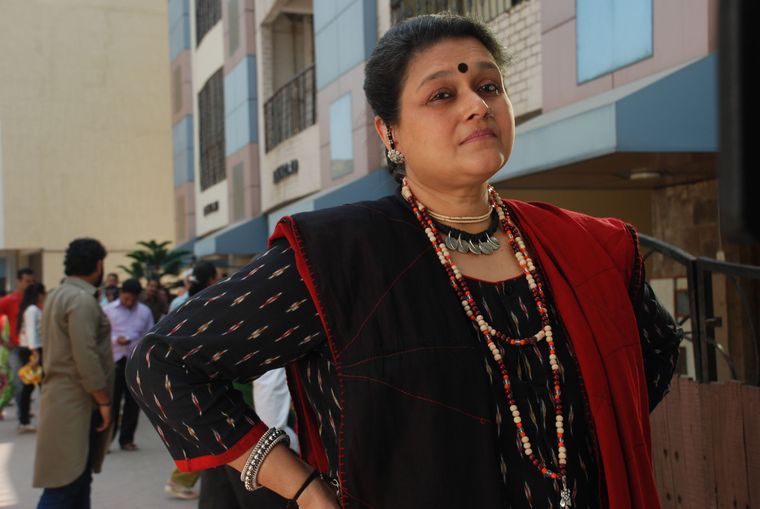 Past: Pathak’s first foray into acting was under her mother’s direction with the revival of the play Maina Gurjari, which Dina Pathak had acted in previously. This was followed by a play with Dinesh Thakur titled Biwiyon Ka Madersa (based on a play by French playwright Molière), which was staged at the Prithvi Theatre. It was here that Jennifer Kendall (the late wife of Shashi Kapoor) spotted her and recommended her to Shyam Benegal for their home production Kalyug (1981), an adaptation of the epic Mahabharata.

Present: She is mostly popular for playing the role of Hansa Parekh in the Khichdi franchise, and for her vitriolic avatar of “Dhankor Baa” in Sanjay Leela Bhansali’s Goliyon Ki Raasleela Ram-Leela. Jai Mummy Di was her last film released in 2020.

Future: Ram Prasad Ki Tehrvi and The Big Bull are two of her films which were released this year. She has a couple of untitled projects from different studios, which she will start working on, post pandemic.

Every actress mentioned above carries the absorbing passion to create something distinctive and unique. Hence, they are who they are. But they can become irreplaceable if they choose the right stories and also if their “luck factor” works for them, Hirav Shah concludes… 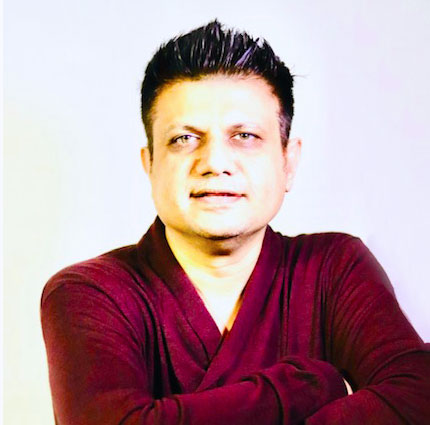 Hirav Shah is a pioneer in introducing ASTRO STRATEGY for Business revolution to increase certainty in business success.

He is one man everybody counts on.
From struggling artists to struggling studios. From established stars to well known houses.

Many film companies and big Corporates who consult Hirav, have been successful for years because their strategy is tightly tied to their vision. This is something which Hirav champions at. And this he does, through Astro-Strategy.

And BTW, Hirav is the first and the only Astro-Strategist in India with an astounding global presence, with his clients ranging from CEOs to Politicians, from Corporate Houses to Sportsmen & from Businessmen to Filmstars.