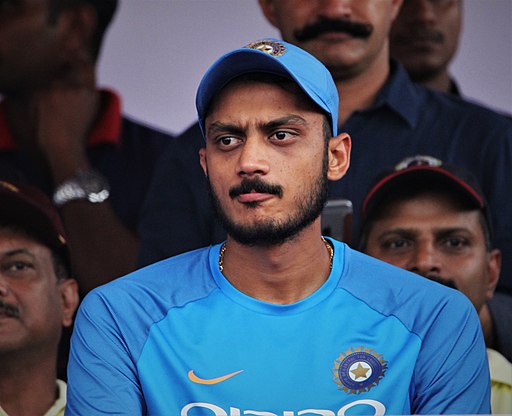 Axar Rajeshbhai Patel also spelled as Akshar Patel, (born 20 January 1994) is an Indian cricketer. He plays as an all-rounder for the Gujarat cricket team. He is a left-hand batsman and slow left-arm orthodox bowler. He was signed up by the IPL franchise Mumbai Indians in 2013 and then by Kings XI Punjab in 2014 and then by Delhi Capitals in 2019. He made his ODI debut on 15 June 2014 against Bangladesh. He was selected in India’s 15-man squad for the 2015 Cricket World Cup held in Australia and New Zealand.

After excellent performance in the 2014 IPL, Patel was rewarded with a place in the Indian ODI squad for the tour to Bangladesh and made his ODI debut in the first match of the series at Sher-e-Bangla National Stadium and took 1/59 runs. He was part of India’s 15-man squad for the 2015 Cricket World Cup.

In January 2021, Patel was named in India’s Test squad for their series against England.

Axar’s zodiac sign is Aquarius and is ruled by Saturn.

This is a problem-solving year in which Axar can expect real, tangible results.

Sports Astrologer Hirav Shah predicts, “Career-wise, Axar Patel’s graph will take a hike this year though he has to be consistent in his performance.”

Home » Celebrity-Horoscope » Will 2021 Mark The Re-emergence of Axar Patel On The International Cricket Scene?