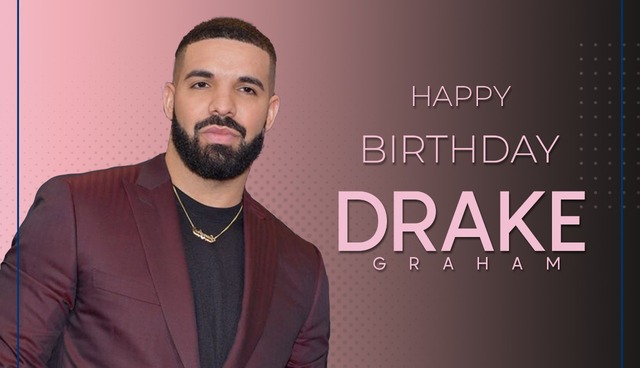 Aubrey Drake Graham is a Canadian rapper, singer, songwriter, actor, record producer, and entrepreneur. A prominent figure in popular music, Drake is credited for popularizing the Toronto sound. He first gained recognition as an actor on the teen drama television series Degrassi: The Next Generation; intent on pursuing a career in music, he left the series after releasing his debut mixtape Room for Improvement. He released two more independent projects, Comeback Season and So Far Gone, before signing to Young Money Entertainment.

Drake is known for albums like Take Care, Thank Me Later and Nothing Was the Same. He came into the limelight with his debut studio album Thank Me Later, which was released in 2010. This album, after its release, made it to number one on the US Billboard 200. The musician shot to fame with ‘Take Care’, which he introduced a year later in 2011. 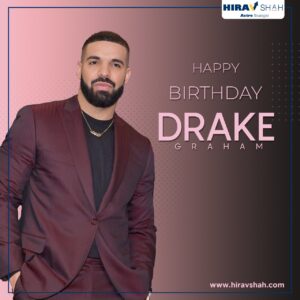 Hirav Shah says, “Scorpios are known to be incredibly ambitious and charismatic and are able to steal the limelight if that’s what they desire. When they know what they want, they can be incredibly focused in order to achieve their goals. On the flip side, they can also get incredibly jealous and possessive, don’t always trust people, resent those who dare mistreat or criticize them, and aren’t afraid to manipulate people to get what they want. In brief, Drake’s winning combination of emotional sensitivity and confidence makes him succeed at just about everything he puts his mind to.”

“Physical attraction is important to a Scorpio, but nothing’s going to go down if they don’t feel a strong emotional connection to someone or if that person doesn’t exude sympathy and warmth, even in the early stages. He’s also insanely artistic, but his desire for pleasure, beauty, and sensuality is often to the detriment of efficiency and logic.”

Hirav Shah says to Drake, “Little will happen in the first part of 2021, but rest assured that your efforts from the first six months will undoubtedly pay off. You feel that you are evolving but many question marks remain and you don’t know what to think about them or where to start. Fortunately, as the months go by, your points of view become more refined and evolve, and they will have astonishing results. As you will have understood, in 2021 reflection comes before action, there’s no question of rushing headfirst into action.”

Healthwise it will be a mixed bag for Drake.

Hirav Shah’s advice to Drake, Avoid being self-critical in career matters. Cash flow is good. Be aware of some close friends who might do more harm than good.”