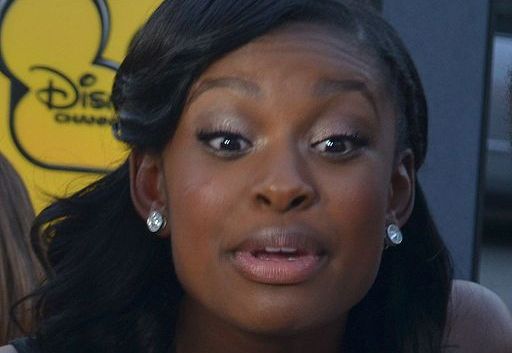 Coco Jones (born January 4, 1998) is an American singer, rapper, songwriter, and actress. Jones rose to prominence starring in the Disney Channel film Let It Shine (2012). Jones was featured on Radio Disney’s Next Big Thing from 2010 to 2011. Jones was formerly signed with Hollywood Records, before releasing independent singles and EPs beginning in 2014.

She was born in Columbia, South Carolina, and raised in Lebanon, Tennessee to former NFL player Mike Jones and session vocalist Javonda Jones, Jones began singing at a very young age. Her first stage performance was at the age of six when she performed “America the Beautiful” to a crowded auditorium of parents at her kindergarten graduation. At the age of nine, she met with the casting heads for Disney. After that, she became an actor and songwriter. In 2006, she competed on Radio Disney, where she became known for her song “Real You“.

In January 2014, Jones was dropped from Hollywood Records, becoming an independent artist. On August 29, 2014, Jones released a lyric video for her debut independent single, “Peppermint”. It was officially released on iTunes on September 4, 2014.

In August 2020, it was announced Jones will appear in the upcoming holiday film White Elephant and horror film Vampires vs. the Bronx.

In September 2020, Jones spoke on her Youtube channel about her negative experiences at the beginning of her career. According to her, she was told following Let It Shine that she would star in a sequel to the movie, be given her own television series, and be able to release a studio album. Eventually, executives decided she was not marketable enough, and these plans fell through. Jones encouraged her audience to “do the math” about the situation and stated colorism is a problem in the industry. Audio bytes from Jones’ video began circulating in video clips on social networking site TikTok, with some clips reaching millions of views.

Wishing the outstanding talent Coco Jones a happy birthday and a super 2021 ahead.

MAKING YOUR BUSINESS TO STAND OUT IN A CROWDED WORLD