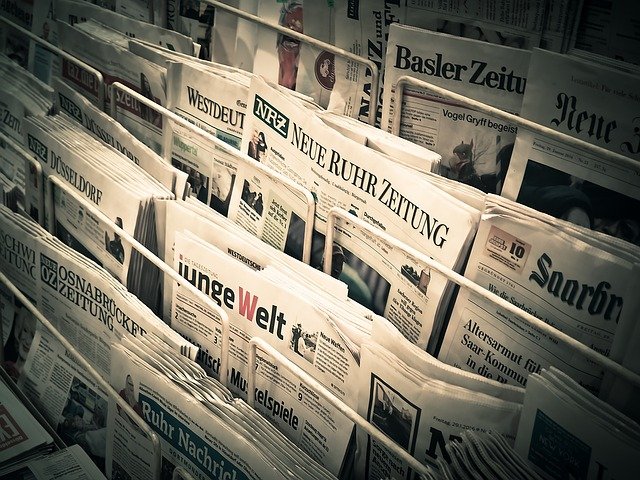 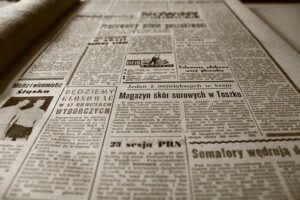 The newspaper has a storied history in India. The first Indian newspaper was published in 1780 — the Bengal Gazette, popularly known as Hicky’s Gazette. It was a two pager in foolscap size. Then, Newspapers grew rapidly in India.

In 1861, there were eight Hindi and 11 Urdu newspapers. By 1870, newspapers in Bombay Presidency, North West Province, the then Oudh and Central Provinces, besides Madras Presidency, had a total readership of more than 1,50,000. All these newspapers were printed in the vicinity of 1,500 to 3,000 copies each and were patronised by Englishmen working for the East India Company or the government and few well-off Indian families. 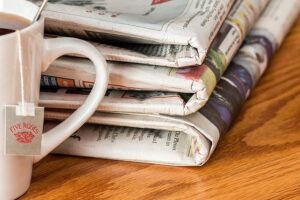 Today, electronic and digital technology has begun holding sway in the information and entertainment industry and some within and outside the industry fear that, with the advent of new media and online journalism, newspapers are going to face a really big challenge.

The Indian newspapers are going through tremendous technology transformation and are adapting methods and means to fight electronic media in the matter of news presentation and physical deliverance of the newspaper each day to the reader.

The newspaper publishers in India have put in all their might and stakes in the publishing of regional editions and regional language versions of their newspapers, with an amazing confidence, reason being, the constant and continuous growth of literacy in India, which has enhanced readership of the newspapers and other print media materials.

Due to the introduction of the new-faster means of communication, that can carry visuals and printed word with equal speed and clarity, and globalization in all fields of media – this new technology and all the time competition from electronic media has driven Indian newspapers to adapt to newer technologies with a progressive professional outlook and sensitivity to the present day market forces.
Print media has to reach its readership with almost matching speed and authenticity of news. This competition and adaptation of new technologies has undoubtedly given a big boost to stability and further growth of the newspapers and all other kinds of print media. Print media experts and corporate publishers are quite confident about further growth of newspapers in India.
On the other hand, the Indian newspaper industry is vibrant and on the growth path and is expected to grow by 17.9% in the next five years time.

With newspapers still widely read, especially for local content, print is thriving despite headwinds
Globally, the print media industry has been on a decline, in terms of business. Newspapers in developed markets have been, over the last few years, losing customers and advertisement revenues to alternative mediums. But print in India is a very different business from that in most developed regions. It has not only survived the rough times but continues to grow.
While the Indian newspaper industry has faced multiple headwinds, especially in the last two-three years, in the form of demonetisation, implementation of GST and RERA, and the rapid growth of digital content, it is still here to stay ! predicts Hirav Shah, India’s Top Media Strategist Cum Business Astrologer.
The industry is estimated to grow at a reasonable rate by 2021, says Hirav Shah, Famed Astro-Strategist and India’s top influencer and Adviser in the fields of Real Estate, Sports, Entertainment, Corporate Business, Politics, Tourism, Hospitality and many more.

Dainik Bhaskar, Dainik Jagran, The Times of India, Malayala Manorama, Amar Ujala, Hindustan Dainik, Rajasthan Patrika and The Hindu happen to be the most popular and circulated newspapers in India, now.

Celebrated World Famous Astro Media Strategist, Hirav Shah tells us the ‘growth -drivers’ for the Indian Newspaper Industry. Shah says,
There are certain key factors that have helped and will help Indian print media shrug off declining trends globally and grow despite the increase in digital penetration.

Lastly, local content attracts readers more. In India, the vernacular media has an upper hand over the English newspapers and magazines. Regional newspapers with multiple editions help cater to a wider (local) audience. This also enables local businesses to advertise in one or more editions that serve their target markets. For instance, DB Corp, otherwise known as the Dainik Bhaskar group, publishes the largest set of regional newspapers in India. It has 46 editions for its Hindi newspaper, nine editions for its Gujarati newspaper and six for the Marathi newspaper.

For publishers of newspapers in India, houses and leading players in the newspaper industry, Hirav Shah, The World Famous Astro Media Strategist, shares his extremely valuable insights and that is :

A vision without a Strategy remains an illusion and with the correct strategy, you can get the clarity as to which direction to go, and with that clarity in mind, you can become unstoppable. But, that’s not all. You need certainty of success too, which can only be achieved by Astrology !!