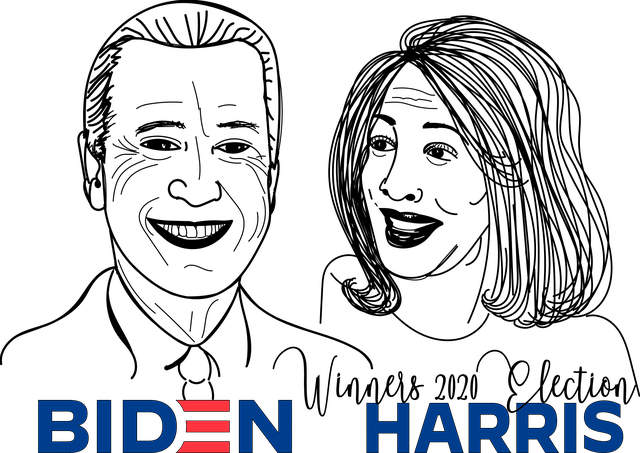 Joe Biden and Kamala Harris changed the American story for ever, showed that the forces of empathy are greater than the furies of division and shared a vision of healing in a grieving world. Meanwhile, they were also declared as the “TIME’s 2020 Person of the Year”.

Joe Biden, born on 20th November 1942, is the president-elect of the United States. He also served as Barack Obama’s vice president from 2008-2016.

On November 7, 2020, four days after election day, Biden was declared as the 46th president-elect after winning Pennsylvania. Along with earning a record 74 million-plus votes, the soon-to-be 78-year-old was set to become the oldest president in the nation’s history.

“America, I’m honored that you have chosen me to lead our great country,” Biden tweeted. “The work ahead of us will be hard, but I promise you this: I will be a President for all Americans — whether you voted for me or not. I will keep the faith that you have placed in me.”

7 and 2 go with each other very easily.

Biden’s Zodiac sign is Scorpio and is ruled by Mars.

Today, in a modern-world, terms like diversity, empowerment, strength, breaking barriers are sprinkled in conversations surrounding women who have and are in the process of leaving a mark in this world. Like Paulo Coelho mentions in The Alchemist, “And, when you want something, all the universe conspires in helping you to achieve it.”
Well, the dream of one American woman of black-south Asian background did come true in November, 2020. And that is exactly what sets US vice president-elect Kamala Harris apart from other US women senators in the past.
She has been projected as the ‘female Obama’ much prior to the elections. In fact, her closeness to president Barack Obama is well-known among the political circles in the US, who was also instrumental in helping her with her political growth.
Kamala Harris, born on 20th October 1964, is the Vice president-elect of the United States

While there, Harris set her eye on the Senate and gained reputation as one of the rising and promising stars of the Democratic Party. Kamala Harris went on to be elected as California’s junior US senator in 2017.

And though Joe Biden picked Harris as an obvious choice, the president-elect said he was honoured to be serving with Ms Harris, who will make history as the first woman, first Black woman, first woman of south Asian descent and first daughter of immigrants ever elected to national office in this country.

But what makes the victory of 55-year-old Kamala Harris extra special or rather motivational is the fact that 78-year-old Joe Biden has made it clear that he will contest only one term. This is an indirect hint that if all factors work in her favour, she could be the next president-elect of the United States of America.

Joe Biden and Kamala Harris both are number 2 people and that’s very interesting and impactful for each other and many other areas too, predicts Business Astrologer Hirav Shah.

The Biden-Harris Duo and Future of the world according to Hirav Shah.

The Biden-Harris Duo for USA

“Joe Biden and Kamala Harris have been elected as the next president/vice president respectively of the United States, booting Donald Trump out of the White House”. Due to the effect of the Moon (Birth Number 2) they will be very loyal to the people of their own country USA says Hirav Shah.

The Biden-Harris Duo and their decisions for Economy

Due to their emotional, longer vision and Biden’s vast experience in his political journey and Harris’ huge experience in understanding corporate law and of course the planetary Transition of Jupiter, Saturn and Rahu, Biden-Harris will be able to make strong decisions for the economy needed. Expect plenty from Joe Biden especially for the economy, predicts Business Astrologer Hirav Shah.

The Biden-Harris Duo for Indians Americans in USA

The Biden-Harris Duo have appointed many Indian-Americans as members to their transition team. Just imagine how they will deliver more to the Indian American communities in the coming days. The duo can be a bit restless and energetic. They will be very soft, inspiring and uplifting to Indians Americans in the USA. According to Hirav Shah, due to the combination of Moon, Mars with Mercury, we can expect many more Indians to be in the team of the think tank of the new Biden-Harris duo team.

What The Biden-Harris Duo would mean for India ?

Daughter of a Jamaican father and an Indian mother Shyamala Gopalan, Kamala Harris makes very strong connections with India and even astrologically they both Biden and Harris have water zodiac signs whereas India easily attracts and get influences water sign people, so they will probably be very faithful and friendly with India. They will be helpful to keep healthy relations with India.

2021 adds to 5 which is ruled by Mercury and is the planet of communication and to make good relations with other countries, you need good strategies and as you know that Mercury is the planet for that. Biden-Harris duo birth number is 2(Moon), so the combination of Moon and Mercury will give positive signals around the world and it will make the US more powerful and also Biden-Harris will be successful for making healthy relations with other countries says Hirav Shah.

Biden-Harris duo’s China Policy and its impact on India – US Relations.

It’s important to see it in a holistic perspective. About 30 years ago, the Chinese and Indian economies were about the same size. Today, China’s economy is almost five times that of India’s.

From a bilateral perspective, India sees the US as useful in building India’s capabilities —military, economic, technological intelligence. Due to the Transiting Jupiter and Rahu there are chances of the US coming closer to India and that can be leverage for India says Thought leader and Business Strategist Hirav Shah.

Finance Industry : Get your basic right

Here's All You Wanted to Know About 2020 US Presidential Elections