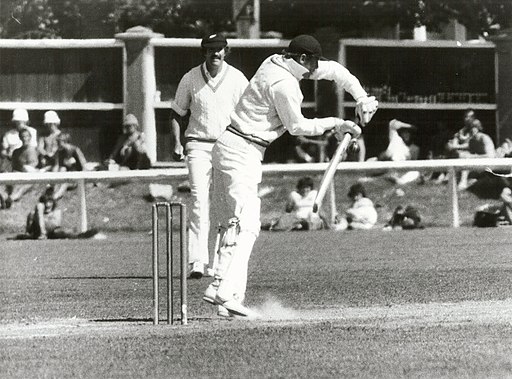 From 1962 to 1986, in a prolific Cricketing career, Boycott established himself as one of England’s most successful opening batsmen.

Geoffrey Boycott was one of the greatest exponents of English batting and one cannot take away from him the 8000 odd Test runs he scored – most of them as opener – against Australia’s and West Indies’s strong bowling attacks. Incidentally, he also became the first English cricketer to surpass 8000 runs in Tests. He is a true legend. A genuine legend-Tells Hirav Shah, Renowned Business Transformation Expert.

Boycott, who was the eldest of three sons of Jane (née Speight) and Thomas Wilfred Boycott, was born on 21 October 1940 in the mining village of Fitzwilliam, near Wakefield and Pontefract in the West Riding of Yorkshire.

After a lot of personal disturbances, Boycott finally married Rachael Swinglehurst on 26 February 2003 at Wakefield Register Office, and they have a daughter Emma (born October 1988).

1.Doing Homework Before Facing The Opponent

Boycott showed the entire world how important it is doing homework before going to the field. This applies to all sectors.

Boycott was famous for his batting: the ritual, almost fussy homework before each ball, the tap of his bat, touch of the cap, reassurance that his pads were intact, and the relentless, straight-down-the-line forward push.

Doing homework is the takeaway…that reassurance is the take away from Geoffrey Boycott.

Geoffrey Boycott’s ability to concentrate hard for hours was well known. His capability to focus hard was superseded only by his solid defensive technique.

When he did play a shot, it was usually off the back foot through the covers or by playing an on drive. Due to his concentration power and focusing abilities, his Test record was very good. But his first class record was extraordinary, almost 50k runs at an average of around 57, with 151 – yes you read it right – centuries.

The takeaway from here is concentration that allows you to better use your resources and approach problems more efficiently.

In a 1964 Test match against Australia, Geoffrey Boycott made his international debut. Known for his ability to occupy the crease Boycott hammered massive scores–he is the equal fifth-highest accumulator of first-class hundreds in history, eighth in career runs and the first English player to average over 100 in a season (1971 and 1979).

In 1982, post 108 Test match appearances for England, Boycott’s international career was wrapped up in 1982, when he was the highest Test run scorer with over 8,000 Test match runs, earning him an OBE for services to the game.

In 1986 after he was dropped from the Yorkshire team, he was the leading run scorer in first-class cricket.

Finally, in 2009, Geoffrey Boycott was inducted into the International Cricket Council’s Hall of Fame.

Post his playing career ended, Boycott often became a blunt and controversial cricket commentator on both radio and tv and he was never afraid to call a spade a spade.

I am sure the sporting world would have learned a lot from Geoffrey Boycott like how to be an impactful and recognizable individual, how to concentrate and focus on the job and finally how to be candid and unfiltered, so that there is no gray area and the communication becomes clear-Concludes Renowned Business Enhancement Leader Hirav Shah.

Hirav Shah Picks Out Powerful Keys To Heal Yourself

Tips To Get A Good Night Sleep