Where Will Virat Kohli’s Cricketing Career Head In 2021 ? 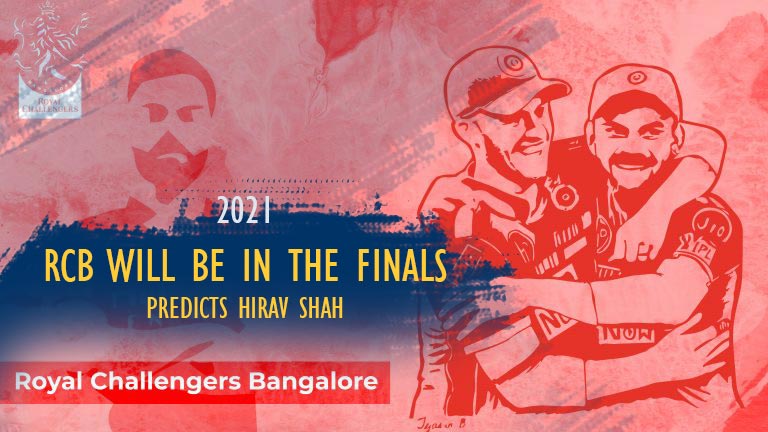 Kohli is considered one of the best batsmen in the world and currently captains the Indian National Cricket team.The Indian men’s cricket captain continues to remain a prolific run scorer, a match winner and a champion of mental strength as well, Opines Hirav Shah, Noted Sports Strategist, Astrologer and Opinion Leader.

Birthdate – Virat Kohli ( born 5 November 1988, currently in his 33rd year ) is a right-handed top-order batsman who, we just said, is regarded as one of the finest contemporary batsmen on the planet. He has played for Delhi in domestic cricket and for Royal Challengers Bangalore in the Indian Premier League (IPL) as captain of the franchise since 2013.

Past- Kohli captained India Under-19s to victory at the 2008 Under-19 World Cup in Malaysia. After a few months later, he made his ODI debut for India against Sri Lanka at the age of 19. Initially having played as a reserve batsman in the Indian team, he soon established himself as a regular in the ODI middle-order and was part of the squad that won the 2011 World Cup.

He made his Test debut in 2011 and shrugged off the tag of “ODI specialist” by 2013 with Test hundreds in Australia and South Africa. Having reached the number one spot in the ICC rankings for ODI batsmen for the first time in 2013, Kohli also found success in the Twenty20 format, winning the Man of the Tournament twice at the ICC World Twenty20 (in 2014 and 2016).

Kohli was appointed the vice-captain of the ODI team in 2012 and handed over the Test captaincy following Mahendra Singh Dhoni‘s Test retirement in 2014. In early 2017, he became the limited-overs captain as well after Dhoni stepped down from the position. 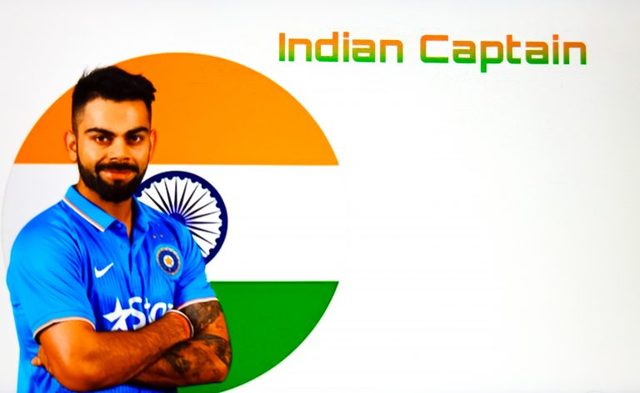 Present- Kohli stood-in as the captain for the first ODI of the triangular series in the West Indies after Dhoni injured himself during the match. India lost the match by one wicket, and Dhoni was subsequently ruled out of the series with Kohli being named the captain for the remaining matches.

In his second match as captain, Kohli scored his first hundred as captain, making 102 off 83 balls against the West Indies at Port of Spain in a bonus point win for India. Many senior players including Dhoni were rested for the five-match ODI tour of Zimbabwe in July 2013, with Kohli being appointed captain for an entire series for the first time. In the first game of the series at Harare, he struck 115 runs from 108 balls, helping India chase down the target of 229 and winning the man of the match award. He batted on two more occasions in the series in which he had scores of 14 and 58 not out. India completed a 5–0 sweep of the series; their first in an away ODI series.

Kohli had a successful time with the bat in the seven-match ODI series against Australia. After top-scoring with 61 in the opening loss at Pune, he struck the fastest century by an Indian in ODIs in the second match at Jaipur. Reaching the milestone in just 52 balls and putting up an unbroken 186-run second-wicket partnership with Rohit Sharma that came in 17.2 overs, Kohli‘s innings of 100 not out helped India chase down the target of 360 for the loss of one wicket with more than six overs to spare. This chase was the second-highest successful run-chase in ODI cricket, while Kohli‘s knock became the fastest hundred against Australia and the third-fastest in a run-chase.

He followed that innings with 68 in the next match at Mohali in another Indian defeat, before the next two matches were washed out by rain. In the sixth ODI at Nagpur, he struck 115 off only 66 balls to help India successfully chase the target of 351 and level the series 2–2 and won the man of the match.

He reached the 100-run mark in 61 balls, making it the third-fastest ODI century by an Indian batsman, and also became the fastest batsman in the world to score 17 hundreds in ODI cricket. India clinched the series after winning the last match in which he was run out for a duck. At the conclusion of the series, Kohli moved to the top position in the ICC ODI batsmen rankings for the first time in his career.

Kohli batted twice in the two-match Test series against the West Indies, and had scores of 3 and 57 being dismissed by Shane Shillingford in both innings. This was also the last Test series for Tendulkar and Kohli was expected to take Tendulkar‘s number 4 batting position after the series. In the first game of the three-match ODI series that followed at Kochi, Kohli made 86 to seal a six-wicket win and won the man of the match. During the match, he also equalled Viv Richards’ record of becoming the fastest batsman to make 5,000 runs in ODI cricket, reaching the landmark in his 114th innings.

He missed out on his third century at Visakhapatnam in the next match, after being dismissed for 99 playing a hook shot off Ravi Rampaul. India lost the match by two wickets, but took the series 2–1 after winning the last match at Kanpur. With 204 runs at 68.00, Kohli finished the series as the leading run-getter and was awarded the man of the series.

In a nutshell, in ODIs,

He was given the Arjuna Award in 2013, the Padma Shri under the sports category in 2017 and the Rajiv Gandhi Khel Ratna, the highest sporting honour in India, in 2018. Kohli is ranked as one of the world’s most famous athletes by ESPN and one of the most valuable athlete brands by Forbes. In 2018, Time magazine named Kohli one of the 100 most influential people in the world. In 2020, Kohli was ranked 66th in Forbes list of the top 100 highest paid athletes in the world for the year 2020 with estimated earnings of $26 million.

Ahead of the 2011 season, Kohli was the only player retained by the Royal Challengers franchise. Kohli was made vice-captain of the team that year and also captained the team in a few matches when the regular skipper Daniel Vettori was injured. The Royal Challengers coach Ray Jennings opined that the 22-year-old would become the future captain of not only the franchise but also the Indian team.

Kohli was the second-highest run-getter of the season, only behind teammate Chris Gayle, and his team finished as runners-up of the IPL. Kohli accumulated a total of 557 runs at an average of 46.41 and a strike rate of over 121 including four fifties. In the 2012 IPL, he was moderately successful, averaging 28 for his 364 runs.

After Vettori‘s retirement, Kohli was appointed as the team’s captain for the 2013 season. The Royal Challengers finished fifth on the league table that year, but Kohli found success with the bat. Averaging 45.28, he hit a total of 634 runs at a strike rate of over 138 including six fifties and a top-score of 99 and finished as the season’s third-highest run-scorer.

Bangalore finished seventh in the next season in which Kohli made 359 runs at 27.61. He found success with the bat in the 2015 IPL in which he led his team to the playoffs. He finished fifth on the season’s leading run-getters list with 505 runs at an average of 45.90 and a strike rate of more than 130.

At the 2016 IPL, the Royal Challengers finished runners-up and Kohli broke the record for most runs in an IPL season (of 733 runs) by scoring 973 runs in 16 matches at an average of 81.08, winning the Orange Cap as well as Most-valuable Player Award of Vivo IPL 2016.

He scored four centuries in the tournament, having never scored one in the Twenty20 format before the start of the season, and also became the first player to reach the 4000-run milestone in the IPL. At the launch event of his biography, ‘Driven: The Virat Kohli Story’ in New Delhi, in October 2016, Kohli announced that RCB would be the IPL franchise that he would permanently play for.

Kohli missed the start of the 2017 season due to a shoulder injury. Moreover, RCB finished the tournament at the bottom of the table, with Kohli scoring the most runs for his team, with 308 from 10 matches.

On the occasion of the 10 year anniversary of IPL, he was also named in the all-time Cricinfo IPL XI.

Let’s look at 6 records that Virat Kohli is all set to break in the upcoming season of the Indian Premier League:

5 and 6 are the favorable numbers for Birth Number 5.

2021 is going to be a landmark year for Virat Kohli, RCB and Indian Cricket and will not be surprised if we see RCB in the final of IPL 2021, predicts Hirav Shah.

This year, Kohli will certainly bring-in more laurels for himself and for the Team, Concludes Hirav Shah.