Will The Second Innings of Anil Kapoor be as Jhakaas as the First One? 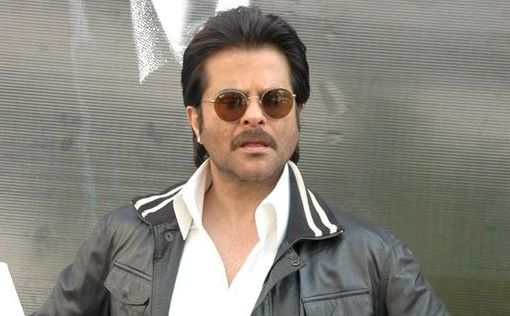 Anil Kapoor (born 24 December 1956) is an Indian actor and producer who has appeared in over a hundred Hindi-language films, as well as international films and television series. His career has spanned 40 years as an actor, and as a producer since 2005. He has also won numerous awards in his career, including two National Film Awards and six Filmfare Awards in varied acting categories.

Kapoor was born in Mumbai to film producer Surinder Kapoor and appeared in his first film with a small role in Umesh Mehra’s romance Hamare Tumhare (1979). He made his debut film and then starred as a lead actor in the 1980 Telugu film, Vamsa Vruksham directed by Bapu. He then made his Kannada film debut with Mani Ratnam’s Pallavi Anu Pallavi (1983). He received his first Filmfare Award for Best Supporting Actor for his role in Yash Chopra’s Mashaal (1984). Kapoor earned his first Filmfare Best Actor Award for his performance in N. Chandra’s Tezaab (1988) and another for his performance in Indra Kumar’s Beta (1992). Kapoor subsequently starred in many other critically and commercially successful films, including Meri Jung (1985), Yudh (1985), Karma (1986), Janbaaz (1986), Aap Ke Saath (1986), Mr. India (1987), Ghar Ho To Aisa (1990), Awaargi (1990), Benaam Badsha (1991), and Virasat (1997), for which he won the Filmfare Critics Award for Best Actor; Taal (1999), for which he won his second Filmfare Best Supporting Actor Award; Pukar (2000), which earned him a National Film Award for Best Actor; No Entry (2005) and Dil Dhadakne Do (2015) for which he won his third Filmfare Best Supporting Actor Award.

Kapoor’s first role in an international film was in Danny Boyle’s Academy Award-winning film Slumdog Millionaire, for which he shared the Screen Actors Guild Award for Outstanding Performance by a Cast in a Motion Picture. His performance in the eighth season of the action series 24 generated rave reviews from the American press. Globally, Kapoor is one of the most recognized Indian film actors.

Anil Kapoor’s Zodiac Sign is Capricorn and is ruled by Saturn.

“2021 can be a wonderful year for Anil Kapoor to build, develop and lay a solid foundation for future successes”, predicts Business Astrologer Hirav Shah.

Hirav Shah adds, “His upcoming films AKvsAK will gain him critical acclaim and his film with Varun Dhawan “Jugg Jugg Jeeyo” will earn him box-office success.”

Wishing the ever-young and Jhakaas actor of Bollywood Anil Kapoor a great birthday.