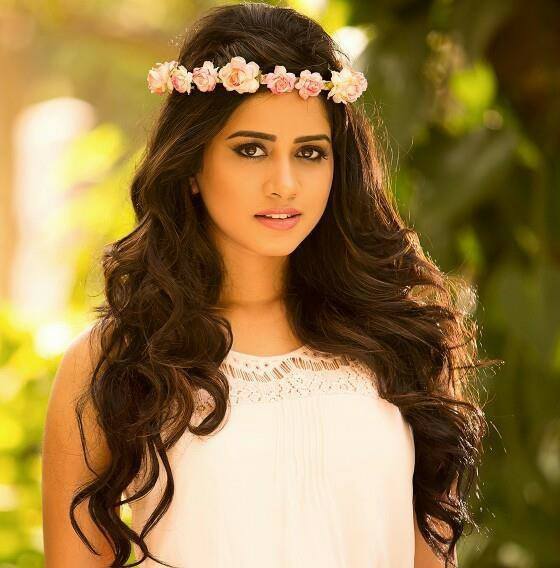 Nabha Natesh was born on 11-12-1995 in Sringeri, Chikkamagaluru in the state of Karnataka, India. She is an Indian Film Actress & Model who is known for her work in Kannada & Telugu cinema.

Nabha Natesh obtained her engineering degree from NMAMIT, Nitte. She started her modeling career while she was in college. At the age of 19, she got her first acting offer from Kannada director Harsha for his action film Vajrakaya. She made her acting debut through this film in 2015. The film was a blockbuster hit and went on to run in theatres for several weeks after its release.

She took a year’s break to complete her studies and returned to the silver screen 2 years later with the Kannada film Lee. This film too was a hit at the box-office. The following year in 2018, she made her Telugu film debut through the blockbuster Telugu film Nannu Dochukunduvate. She was highly appreciated for her performance in the film and also won her nominations for Best Debutant Actress. She was recently seen in the Telugu film iSMart Shankar which was also declared a Blockbuster hit at the box-office. She has some very promising films lined up like Solo Brathuke So Better, Alludu Adhurs, and the Telugu remake of Andhadhun.

Nabha’s zodiac sign is Sagittarius and is ruled by Jupiter.

Movie Astrologer Hirav Shah says, “2021 will be a year of completion and transition for Nabha. It is a time when she needs to let go of things that no longer serve their purpose, and hold on to things that have a future.

Hirav Shah predicts, “Career-wise Nabha Natesh will touch new heights in 2021. She will make the youth go crazy with her bindass performances and mesmerizing beauty.

After exploring south Indian movies, it is highly recommended for her to spread her wings in Bollywood as well as this period is favorable for her to explore new avenues,” says Business Strategist Hirav Shah.