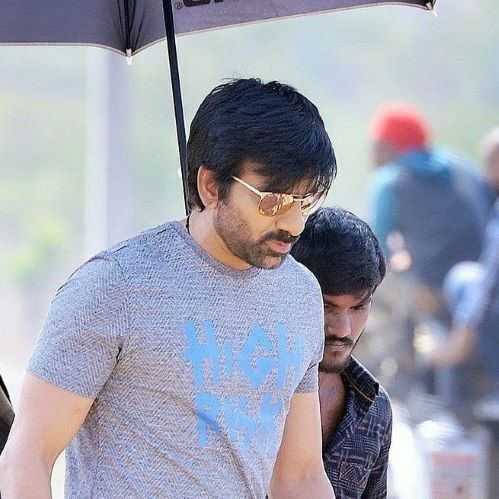 Ravi Shankar Raju Bhupatiraju (born 26 January 1968), better known by the stage name Ravi Teja, is an Indian film actor who predominantly works in Telugu cinema. Known for his roles in action-comedy films, Teja has appeared in over fifty films. He is one of the highest-paid actors in the Telugu film industry. He won the Nandi Special Jury Award in 1999 and 2002 for his performance in the films Nee Kosam (1999) and Khadgam (2002) and also won the Nandi Award for Best Actor for Neninthe in 2008. He is known for his collaborations with Puri Jagannadh which turned out to be major breakthroughs in his career.

He first appeared in the Telugu film Karthavyam (1990) and subsequently played supporting roles in films such as Allari Priyudu (1993), Ninne Pelladata (1996), and Sindhooram (1997) among others. Teja has also worked as an assistant director for several films.

Though his last few films didn’t do well, Ravi Teja made a smashing comeback this Sankranthi with Krack which has been hailed as World’s first blockbuster hit post-COVID.

Ravi Teja’s zodiac sign is Aquarius and is ruled by Saturn.

Ravi Teja changed some standard notions in Telugu movies, which were there for decades. He has changed the trend of a Hero. With his stylish dictions, variety dialogue delivery, native action with ease, he won the hearts of the Telugu audience.

“After the phenomenal success of Krack this year, Ravi Teja’s career is back on track. His next film Khiladi may also turn out to be successful. But he has to be careful about the kind of projects he chooses from now onwards. His popularity among the Hindi audience is also increasing and a pan-Indian film for Ravi Teja would not be a bad choice,” predicts Bollywood Astrologer Hirav Shah.