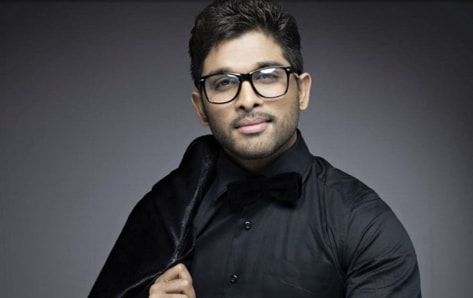 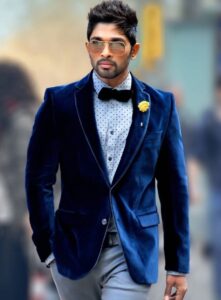 Despite being among the most bankable stars in the industry and having only one disastrous outing (Varudu in 2010) in his 19 movies, Allu Arjun has never really been counted among the biggest stars of Tollywood. Sure he gave some of his biggest hits in some years, but nothing that shook up the industry like Simhadri, Magadheera, Pokiri, Chatrapathi or Attarintiki Daredi. Most of these movies are from the previous decade but their blockbuster success ensured their heroes a place in popular imagination as the new Telugu superstars who succeeded Chiranjeevi’s generation.

Pawan Kalyan was the Power Star, Mahesh Babu was the Super Star, Ram Charan was the Mega Power Star, NTR Jr was the.. well you don’t need a lofty label if your initials take after your legendary grandfather. But Arjun was just the Stylish Star, as if it were some consolation prize, as if style really mattered. He never gave the kind of hit that shook up the industry, made fans go crazy, pulled families to the theatres… you know, things a mega star or power star or rebel star are supposed to do. And then, Ala Vaikunthapurramuloo released this year, as a Sankranthi special. It was competing against Sarileru Neekevvaru, which released the day before and became the biggest grosser in Mahesh Babu’s career. Not many would want to compete against Mahesh Babu on a festive occasion. Even in 2015, the producers of Baahubali had requested Mahesh Babu to postpone Srimanthudu by two weeks, giving their movie a full month before his movie was released.
Then finally ,Ala Vaikunthapurramuloo released and ‘Swept Over Tollywood’, And Allu Arjun Started ‘Riding The Wave’
Despite being several months following its release, Allu Arjun is still basking on the glory of his latest release, Ala Vaikunthapurramuloo, which had received rave reviews from audiences as well as critics and had done exceptionally well at the box-office. Needless to say, the film’s songs too, became massive hits throughout the world. 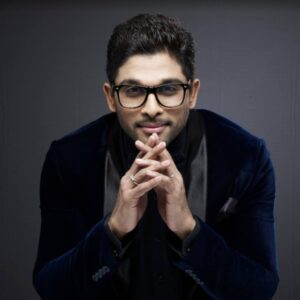 Allu Arjun will enter into his 39th year in April 2021. 39 adds to 12=3 which is ruled by Jupiter. 2021 adds to 5 and 2022 adds to 6. Both years are very favorable years for fame, success and to entertain masses.
We heard on the grapevine that, Allu Aravind(his father) himself, planned to produce ‘Ala Vaikunthapurramuloo’ in Hindi as Allu Arjun was mulling over to explore new terrain to make his Bollywood debut. But that couldn’t happen for reasons unknown.
On his birthday, on 8th April 2020, Allu Arjun’s first- look poster of the film ‘Pushpa’ directed by Sukumar was announced and as expected, it gave a huge respite to his million fans amid troubled times.
The film will be made in five languages including Hindi and will thus mark his foray into Bollywood. It will be his career’s biggest film so far.

So from April 2021 to December 2022 will be the best period of Allu Arjun to create huge success in Bollywood and around the world and also he will also be able to sign many big movies in Bollywood in that period too predicts Astro Strategist, Movie Astrologer and Film Strategist Hirav Shah. 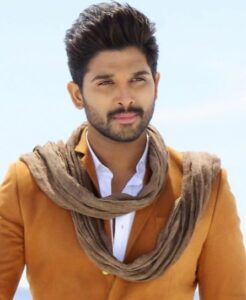 It’s known that the charismatic star is popular with his Hindi dubbed films. Now, his innumerable fans are hopeful at Allu Arjun’s foray into Bollywood with Pushpa, as he couldn’t try his hand with Ala Vaikunthapurramuloo.

Being one of the biggest actors in the Telugu Film Industry today and after having carved his place in Tollywood with his power-packed performances, Allu Arjun should debut in Bollywood, for his fans and fanatics provided the film has an amalgamation of a good director, producer and script.
Whether he will be successful in Bollywood, only time will say !!

Yet, beforehand too, there is a possibility to know the certainty of success while taking massive actions, like that of foraying into Bollywood.
Astrology can give CERTAINTY OF SUCCESS in the Entertainment & Film Industry with a clear path of action, Asserts Hirav Shah, India’s Top Astro-Strategist and Behind every Success, is the Story of Hope, a Vision of Strategy, a thunder of Applause & a Legacy for Life. This is the timeline you want.
This is the timeline you can get with Astrology ! Concludes Hirav Shah, India’s top influencer and advisor in the fields of Real Estate, Sports, Entertainment, Hollywood, Bollywood, Tourism, Hospitality, Corporate Business, Politics & more.