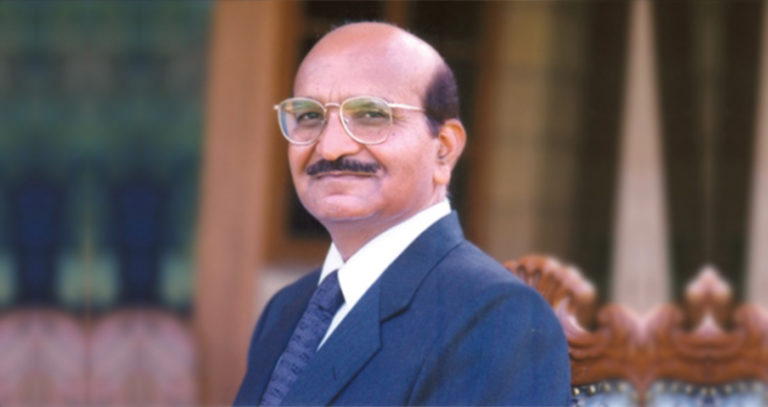 Growing up in the 90s was awesome (at least that’s how every 90s kid would feel). Those were the simpler times when life was a lot easier and we found joy in everyday things. Even today, when we revisit some of those memories, we are overcome by a wave of nostalgia.
In the 90s, the Indian middle class was economically mobile, the quality of life had changed and with it, new identities were formed. This was reflected in the advertisements of the decade as well.
Talking of advertisements, the most popular one, also the most unforgettable, was arguably the Nirma washing powder ad. The ad-jingle remained largely unchanged for decades and indeed, it laid the foundation of one of the biggest brands of its time.
Let’s talk as to how this ad played a significant role in one of the biggest underdog stories in Indian corporate history.
The story starts now !

The founder of Nirma – Karsanbhai Patel was born in a family of farmers in 1945, April 13th, in Ruppur, Gujarat. He completed B. Sc. in Chemistry and worked as a Lab Technician.

In 1969, he started experimenting, manufacturing, and packaging phosphate-free synthetic detergent powder from a small room in his house.

The name ‘Nirma’ was derived by Karsanbhai from her daughter’s name Nirupama. The image on the packaging on Nirma is also of hers. Sadly, she passed away in an accident. Since then, Karsanbhai has immortalized her name and image through the brand.

Stories suggest that during the initial days, Karsanbhai would go around on a bicycle and sell his homemade Nirma detergent door-to-door after work to make a few extra bucks.

In the 70s, ‘Surf’ by Hindustan Lever Limited (now Hindustan Unilever) was an established brand of detergent.

Detergent was considered a premium product back then. And Surf was a product that was aimed at people belonging to the higher-income groups of India.

Surf was being sold at around Rs. 13/kg and was not affordable for everyone. Karsanbhai opted for a different approach – he started selling Nirma at Rs. 3.50/kg.

This unique price point of Nirma detergent gained the attention and sales from the middle and lower-income groups.

3 years later, Karsanbhai quit his job to set up a shop in Ahmedabad and sell his locally-popular Nirma detergent.

Over time, Nirma gained attention and sales but it needed a boost from Radio and TV Commercials to continue growing and compete with other detergent brands.

In 1975, the famous ‘Sabki Pasand Nirma’ jingle first aired on radio and continued its streak for 33 years. In 1982, the ad starring Sangeeta Bijlani was first broadcasted on TV.

In 2011, Nirma gave a makeover to the characters of Hema, Jaya, Rekha aur Sushma, and launched a campaign focused on these 4 characters pushing out an ambulance that’s stuck in the mud, as men around them just stand and watch.

In 2016, Nirma took another progressive approach for their ad campaign – this time starring Hrithik Roshan , aimed at challenging the gender stereotype around women and laundry, and portraying the message that doing laundry is a gender-neutral activity.
Since its inception the marketing strategies of Nirma have always been ‘ahead of its time’ and unique.

On that note, India’s top Astro-Strategist Hirav Shah quotes, ‘It’s important to have a strategy that is unique and effective’.

Well, how do we ascertain the effectiveness beforehand !!
Astrology and Only Astrology is the key, says Hirav Shah, who is the top influencer and advisor in the fields of Real Estate, Sports, Entertainment, Hollywood, Bollywood, Tourism, Hospitality, Corporate Business, Politics & Ad-World.

Today, the Nirma group of companies is into the business of soap, detergents, soda ash, cement, and many other products.

Nirma group of companies brought in revenues of Rs. 15335 Cr or over $2 Billion in the financial year ending in 2019.

In 2010, Karsanbhai received Padma Shri Award from the Government of India.

Over the past 3 decades, he also established Nirma Education & Research Foundation and Nirma University to promote higher education.

Stains may come and go, Nirma’s legacy and the jingles are going to remain ‘Sabki Pasand’ for a long time.

For brands of today, who are trying to be ‘Sabki Pasand’ and not even reaching half-way through in spite of being good, for them,
Astro-Strategy and Astrological Consultation can optimize their decision-making and by maximizing their ‘luck and good fortune’ based on Astrological principle, concludes celebrated Astro-Strategist, Hirav Shah