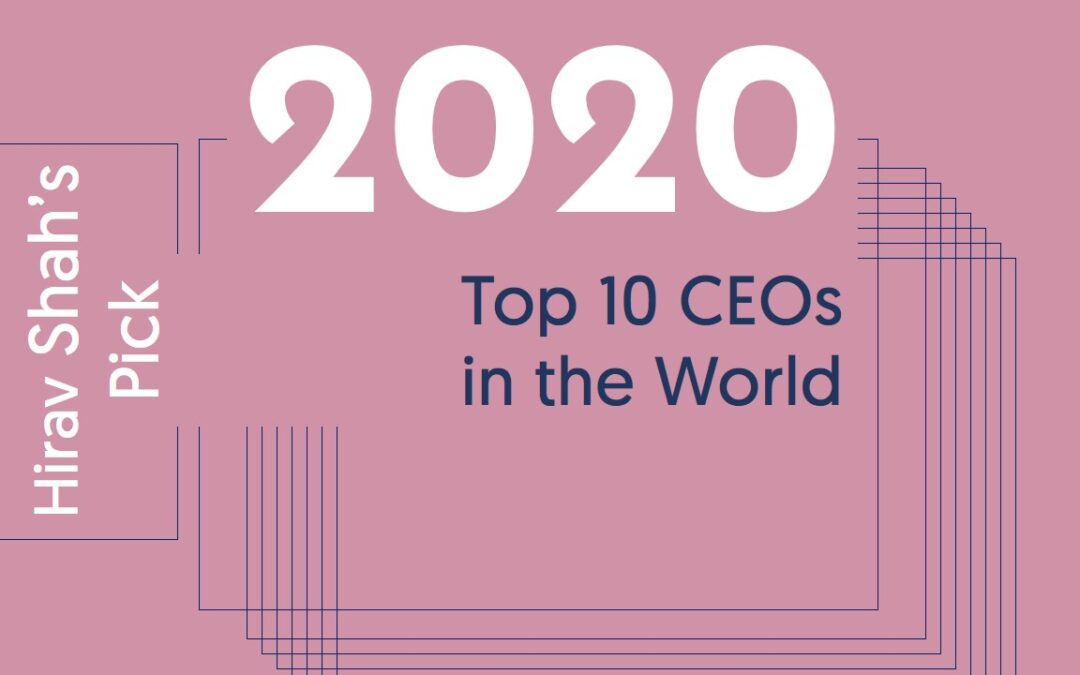 “Act” and “React” both are very important ingredients for any business, says Hirav Shah

There are mainly 12 Zodiac Signs, 12 houses in Horoscope, Same way in real life there are 12 months, 7 days, 7 Main planets and 2 Shadow planets (Rahu and Ketu).

All planets are good, all planets show some movement everyday.

Astrology for Business is very useful tool to make Business strategy and it is the combination of When, where, what and how to act and react

The Point is how to utilise and to make & execute strategies with planets’ movement to create opportunities for business and for making the future better.

Most of the successful people are in a situation where they’ve learned to increase their CERTAINTY.

How do you increase your certainty? By getting the results in ADVANCE and by enough repetition till you feel certain.

Why live an OK life…why not an excellent life ?

Hirav Shah says, “It’s no secret that CEOs make a lot of money, more especially those of the biggest companies. They’ve climbed the company ladder to get the fancy office and dedicated parking spot or in some cases, their parents have handed the position over to them. You could say that being a CEO has its perks – which, of course, is quite an understatement. We’re well aware of the famous titans who have been at the top of the chains for what seems like a decade, from the likes of Facebook’s Mark Zuckerberg to Tesla’s Elon Musk, but as technology keeps growing and evolving, so too are their bank balances. Persistence and hard work are essential ingredients that make a successful entrepreneur. But to be a CEO, it takes a certain level of charisma and instinct to lead your company and team towards success.”

Without further ado, here are the top 10 highest-paid CEOs making their mark in the world according to Business Strategist and Business Consultant Hirav Shah.

Michael Dell founded what is now one of the biggest IT companies in the world at the young age of 19 when he began manufacturing and selling IT infrastructures. He would take existing products and make them 10 times faster, efficient, and user-friendly, making up to $80,000 (£62,000) a month from the comfort of his dorm room. In 1988, the business went public and, by 1992, Dell was established as the youngest CEO of a Fortune 500 company. In 2016, Dell acquired computer storage giant EMC in what was reported as the ‘highest-valued tech acquisition in history’ at $67 billion (£51.9 billion).

Growing up in a low-income household, Sheldon Adelson’s first business endeavor was at the early age of 12, after purchasing a license to sell newspapers in his hometown of Boston, Massachusetts. Adelson is known as a serial entrepreneur, having created nearly 50 different businesses over the course of his career, which include starting a candy vending-machine business, selling products for frozen windshields, and creating a charter tours business. After purchasing the Sands Hotel and Casino in Las Vegas in 1988, the business mogul gradually built a thriving hotel and casino empire, with resorts across the US and Asia.

Charles Koch is chairman of the board and CEO of Koch Industries, a position he has held since 1967. The success of the business is largely due to Koch’s interest and commitment to scientific and social progression. For over 50 years, Koch has supported academic and public policy research, with a special focus on developing voluntary research. He raised funds for a number of think tanks, including the libertarian Cato Institute, the Heritage Foundation, and the American Enterprise Institute. 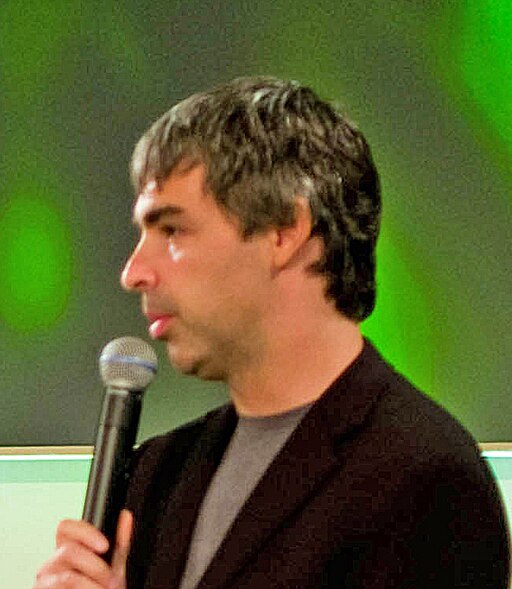 The brains behind the largest search engine in the world, Larry Page is not only known for his masterpiece that is Google but also for providing one of the world’s best working environments. He has garnered a 100% approval rating on Glassdoor as the CEO of Alphabet, Google’s parent company. Often known as a quiet introvert, Page has reached such success status through his calm nature, bright ideas, and great communication skills, making him a true leadership model for future CEOs.

Bloomberg is the co-founder, CEO, and owner of Bloomberg LP, a financial information and media company. The media mogul worked for Salomon Brothers, a former investment bank in New York, and eventually managed to make a partner before being fired after 15 years of service. Unphased by this career setback, he co-founded Innovative Market Systems, later renamed Bloomberg LP. In 2001, Bloomberg pursued a political career and was elected New York City mayor, a stint that lasted for 12 years. Despite his busy and diverse career, Bloomberg is also a major philanthropist, having donated over $8 billion (£6.2 billion) to various causes, including gun control and climate change awareness.

Mark Zuckerberg started his blossoming career in his dorm room at Harvard University at the age of 19, creating what’s now known as the biggest social media platform, Facebook. Facebook now has over 2 billion users and is fast-evolving, making a real impact on the world. He went on to buy Instagram, which boasts over 1 billion active users, as well as WhatsApp, which has over 1.5 billion monthly users. 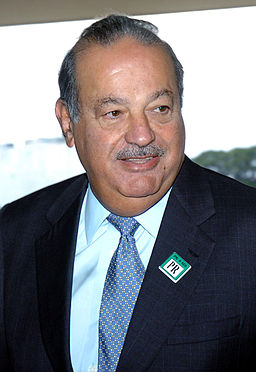 Carlos Slim Helú is an entrepreneur of many talents. After studying civil engineering at university, he went on to become a stock trader in Mexico City before opening his own brokerage firm. At the same time, he laid the groundwork for his global conglomerate, Grupo Carso. From there on, he began building his business empire by branching out into different industries, acquiring struggling firms and buying shares and stakes, including 17% of the New York Times. One of the most priced jewels on the business mogul’s crown, however, is the telecommunications company América Móvil, the biggest network operator in Latin America, and seventh in the world.

Bernard Arnault oversees over 70 luxury brands including Louis Vuitton, Sephora, and Dior. Under his leadership, the luxury group has become the world’s largest maker of luxury items, reporting record sales, and profits in 2018.

Arnault studied engineering at the distinguished École Polytechnique and went on to work in his father’s construction company before becoming the CEO of Financière Agache, a luxury goods holding company. Shortly after, he created LVMH. Ever since the company has acquired numerous notable brands and built a distinct empire. Arnault’s interest in the arts has established his company as a major patron of the arts in France, having contributed several grants and funding to support aspiring artists.

Warren Buffett sits as the chairman and CEO of Berkshire Hathaway, a multinational conglomerate holding company. Over the years, Buffett’s company has acquired numerous companies and has substantial minority stock holdings in industry giants such as Coca-Cola, American Express, and IBM. His infamous nickname, the ‘Oracle of Omaha’ is a salute to his prosperous career, as he is considered one of the greatest investors of all time. However, Buffet is not only a renowned entrepreneur but also a notorious philanthropist as well as the co-founder of the Giving Pledge, a campaign that encourages the world’s billionaires to donate most of their wealth to philanthropic causes.

The richest man in history, Jeff Bezos, began his journey by selling books online from his garage in Seattle. Since then, he went on to establish one of the top online retailers in the world, Amazon.com. He also dabbles in many other ventures, including his aerospace company Blue Origin and the Washington Post which he purchased in 2013. Bezos is big on philanthropy and giving back to the community, too – in 2012, he donated $2.5 million (£1.9 million) to defend same-sex marriage in Washington.

Hirav Shah concludes by saying, “Inspiration isn’t very hard to come by in the business world. Head over to your local bookstore, and you’ll find hundreds of business books, all doling out different bits of advice on the same topics. But the right inspiration, from the right people is a little more difficult. Whether you’re interested in running your own business, or simply looking for leadership encouragement, great inspiration can steer you in the right direction.”

He adds, “Efforts for success in business are in our hand but sometimes not the final success. So take the help of the powerful tool of astrology which can really help in the success of a business. Foremost it lets you know whether you have the acumen to carry out the business. If you have the acumen, it lets you know the type of business you could profitably do. It helps you to decide when to expand and when not to. It warns you beforehand of an anti-Dasha or a period and also helps you keep your nerves. If you follow the detailed astrological advice offered by an able business astrologer, your business success is guaranteed.“