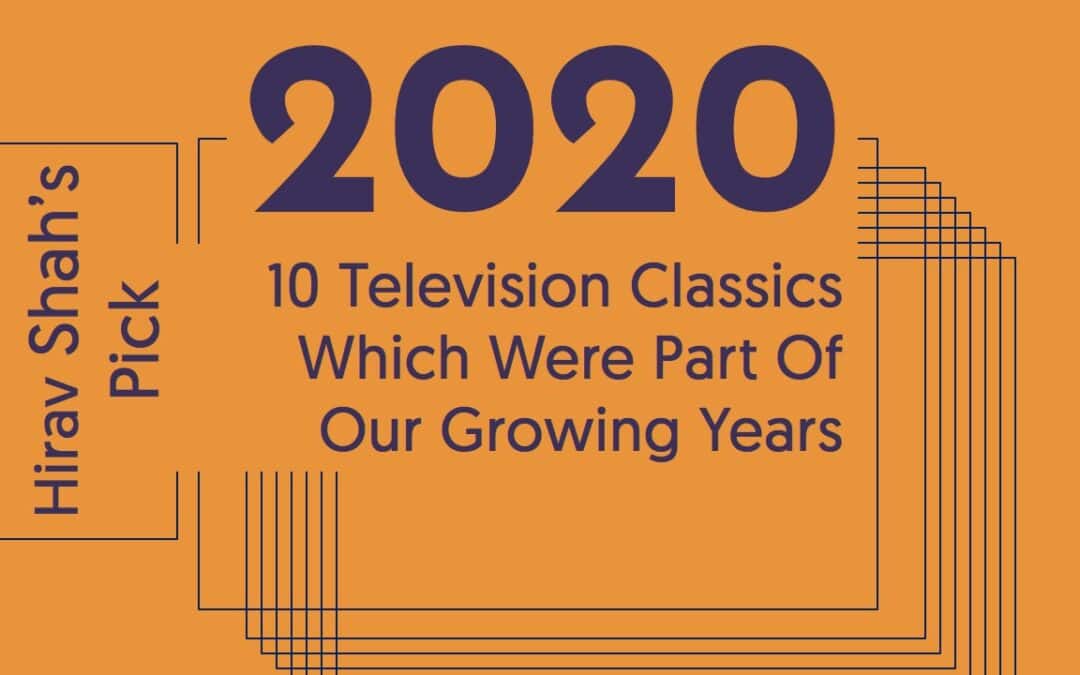 During our childhood there were TV shows, like really good ones. The shows definitely tried giving us(The Indian Audience) an honest approach to wonderful story-telling. In these trying times, these shows can be therapeutic to unwind with a trip down memory lane. Right after the lockdown was initiated, DD National started airing reruns of old favourites like Ramayana and Mahabharat. Aside from these epic mythological tales and slice-of-life dramas, Indian television has churned up some classics over the years. Self -Discipline, Self-Belief, Self-Direction, Self-Esteem and Self-Strategize are some real life qualities these shows silently taught us- Opines Famed Astro-Strategist and Celebrated Movie Astrologer and TV Advisor, Hirav Shah

On that note, Hirav Shah, Entertainment World’s Most Influential Adviser, pens down 10 such incredible shows which were an integral part of our childhood.

Office Office was an Indian Hindi-language television sitcom that premiered on SAB TV on 3 September 2001.The show was a satirical take on the prevalent corruption in India.The series stars Bollywood film actor Pankaj Kapur in the role of Mussadilal.
This show received positive responses for its storyline and won the ‘Best Comedy’ award at the ‘RAPA Awards’ in 2001 and 2002.

Dekh Bhai Dekh was an Indian Hindi sitcom which premiered on DD National on 6 May 1993. It was created, developed, edited, directed by Anand Mahendroo and produced by Jaya Bachchan under the banner of Saraswati Audio Visuals Pvt Ltd (now merged with Amitabh Bachchan Corporation). It starred Shekhar Suman, Navin Nischol, Farida Jalal, Bhavana Balsavar, Deven Bhojani, Sushma Seth, Vishal Singh, and Nattasha Singh.It was one of the most popular comedy shows on Indian television and was a part and parcel of our childhood. We adored every character of the Diwan family.

Shaktimaan (played by Mukesh Khanna) was an Indian superhero, superhumanly strong, had the ability to fly and was invulnerable to injury. With his supernatural powers, he battled with the evil for peace and harmony.The best part about almost every young adult’s childhood, Shaktimaan was, is and will always be the superhero who is closest to our hearts.

Malgudi Days was an Indian television series based on the works of R.K. Narayan. Revolving around Swami and his friends, Malgudi Days was one of the fondest memories of our childhood. Life lesson which Malgudi Days gave us, was ‘Life is about making right things and going on’

Bharat Ek Khoj was an Indian historical drama based on the book The Discovery of India by Jawaharlal Nehru. It covers a 5000-year history of India from its beginnings to the coming of independence in 1947 and is directed, written and produced by Shyam Benegal.

The series is a fictionalized account of the life and times of the famous Indian economist, strategist and political theorist Chanakya (also known as Vishnugupta) and is based on events starting with Chanakya’s boyhood and culminating in the coronation of Chandragupta Maurya

This show was focused around the lives of a few college students. The transition from college to professional life was shown for most of the characters. Simultaneously, contemporary business life was also showcased.

Revolving around the everyday issues face by families with low income, Nukkad has a special place in our hearts. The treatment of the episodes was based on simplicity and reality, making the episodes endearing.

Milind Soman and Madhavan starrer Sea Hawks provided us a brilliant insight into the lives of those who serve in the Indian Navy. The Navy is one of the lesser known divisions of the armed forces but SeaHawks did a phenomenal job of capturing what it exactly takes to be a member of the Indian Navy.

The 13-episode social satire, created by director Prakash Jha and acclaimed writer Manohar Shyam Joshi, starred actor Raghubir Yadav as the ordinary Mungerilal from the Munger district of Bihar, who habitually indulged in rather extraordinary daydreams.
Little do people know that the Hollywood movie, Secret Life of Walter Mitty, was based on this excellent show. It was about Mungerilal who’d daydream about his ‘adventures’.