Tom Felton Horoscope Analysis : “Can Tom Felton Come Out of the Harry Potter Star Image in 2022?” 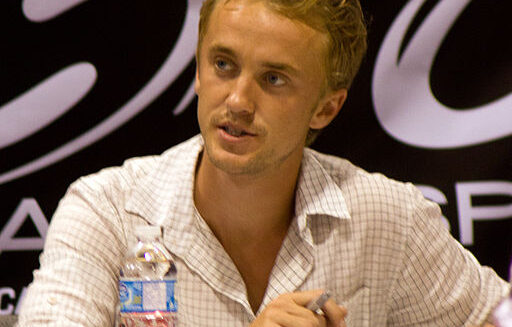 Thomas Andrew Felton (born 22 September 1987) is an English actor and musician. He is best known for his role as Draco Malfoy in the film adaptations of the best-selling Harry Potter fantasy novels by J. K. Rowling.

Born in Surrey, Felton began appearing in commercials and made his screen debut in the role of Peagreen Clock in The Borrowers (1997). He portrayed Louis T. Leonowens in Anna and the King (1999) before being cast in Harry Potter and the Philosopher’s Stone (2001). Felton appeared in seven sequels until the final film, Harry Potter and the Deathly Hallows – Part 2 (2011). Felton appeared in the sci-fi film Rise of the Planet of the Apes (2011) to commercial success. He was subsequently cast in indie films From the Rough (2011) and The Apparition (2012).

Felton starred as Viscount Trencavel in the historical miniseries Labyrinth and as James Ashford in the period drama Belle (2013), which was released to critical acclaim. In 2015, he reoccured as a murder suspect in TNT’s Murder in the First. Felton appeared in Message from the King and A United Kingdom, which premiered at the 2016 Toronto International Film Festival. He portrayed Doctor Alchemy on The CW’s The Flash, based on the comic books of the same name. Felton co-starred in the drama film Feed (2017), action-thriller Stratton (2017), and biographical film Megan Leavey (2017). Felton was a series regular on the 2018 sci-fi series Origin and appeared as Laertes in Claire McCarthy’s Ophelia (2018), both to critical praise. Felton portrayed the villain in family-horror A Babysitter’s Guide to Monster Hunting (2020).

When is Tom Felton’s birthday ?

Birthday Predictions: “Will Kate Winslet Satisfy The Demands of Her Fans in 2022?”